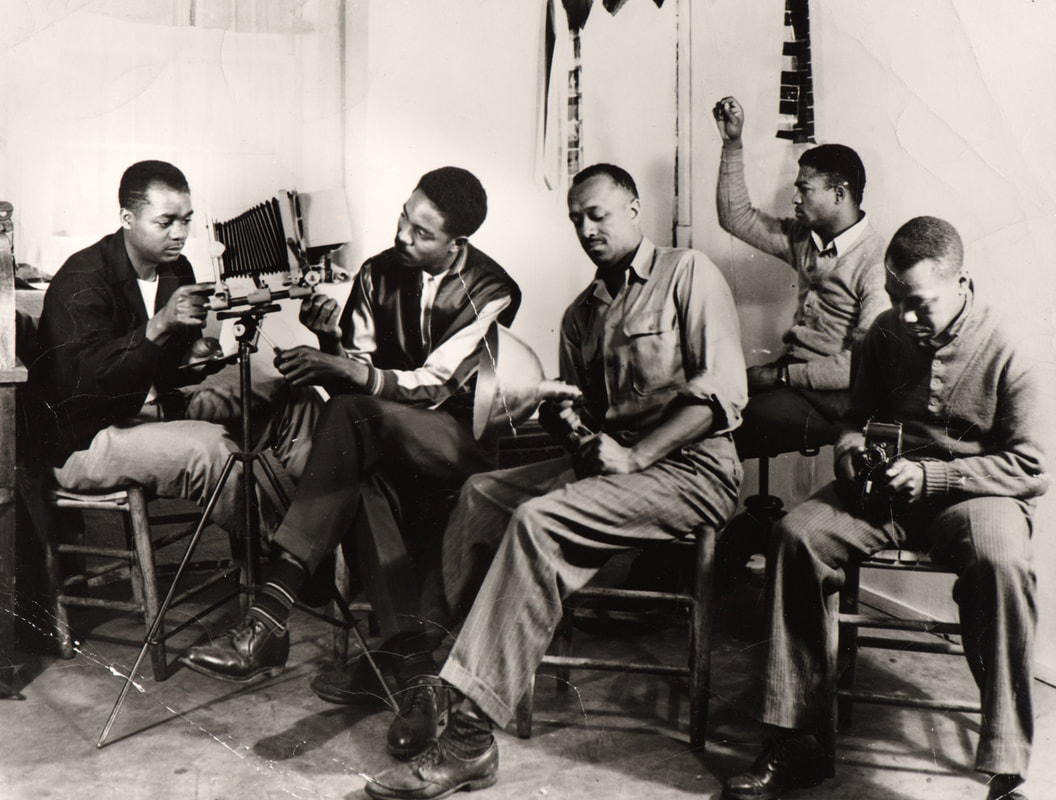 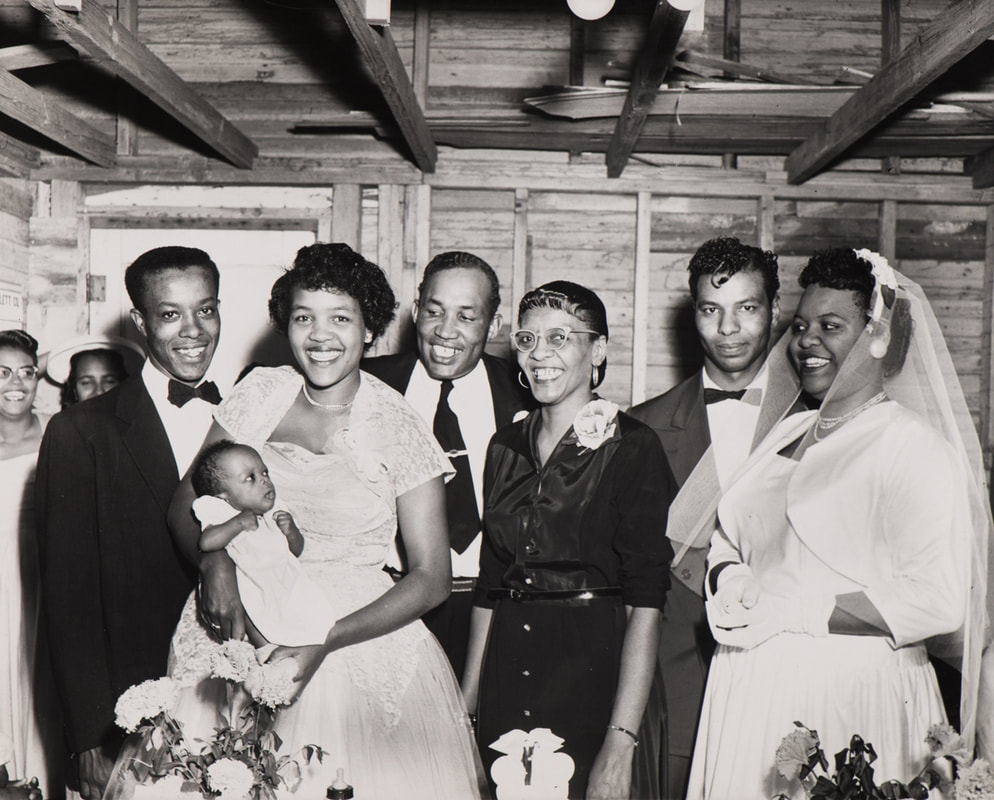 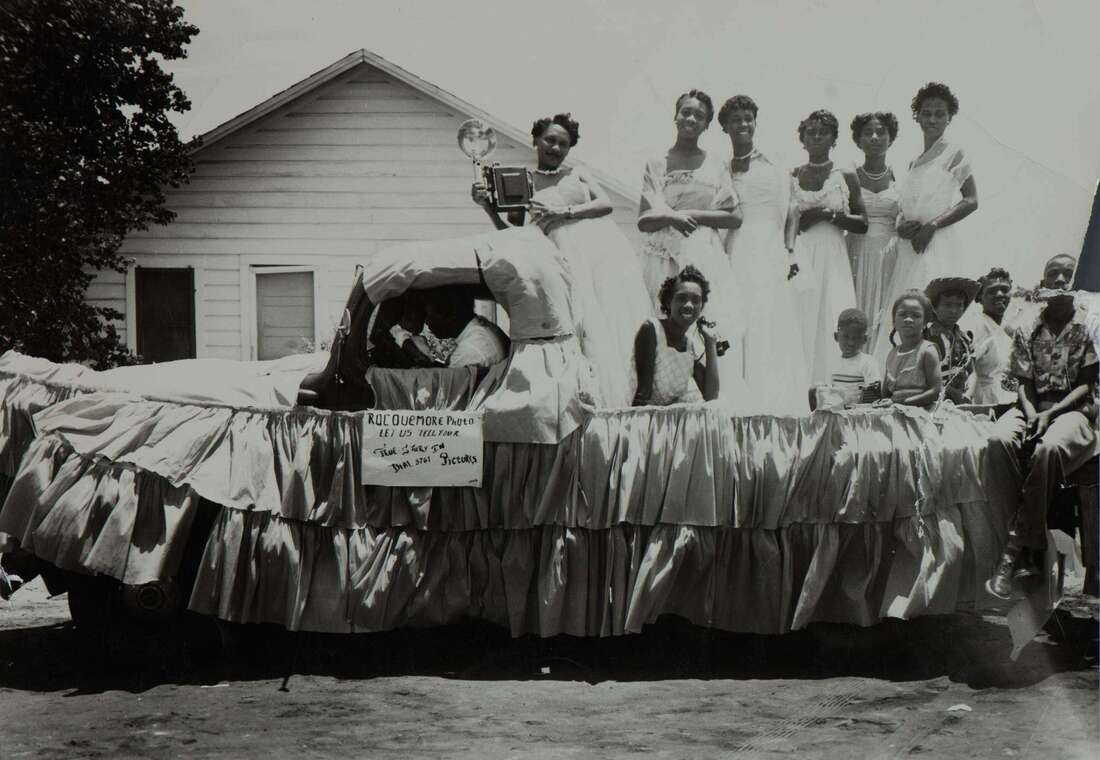 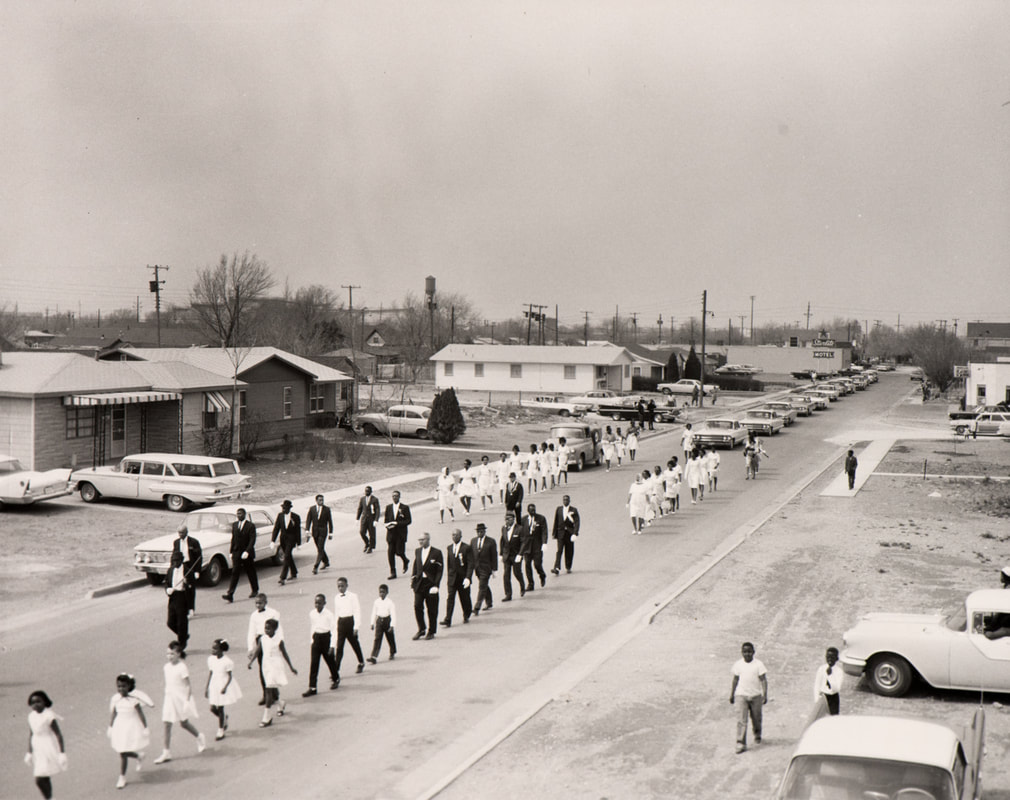 Children, men, and women gathering in a parade in Lubbock, Texas, c. 1960s. Texas African American Photography Archive.
Butts continued his photographic work while serving as managing editor of the African American newspaper the Dallas Express from 1954 to 1962. He returned to photography full-time at a studio he operated from 1962 to 1975. Butts received the Dallas Black Living Legend Award for Print Journalism in 1992 from the Junior Black Academy for Arts and Letters. He died in 2002. 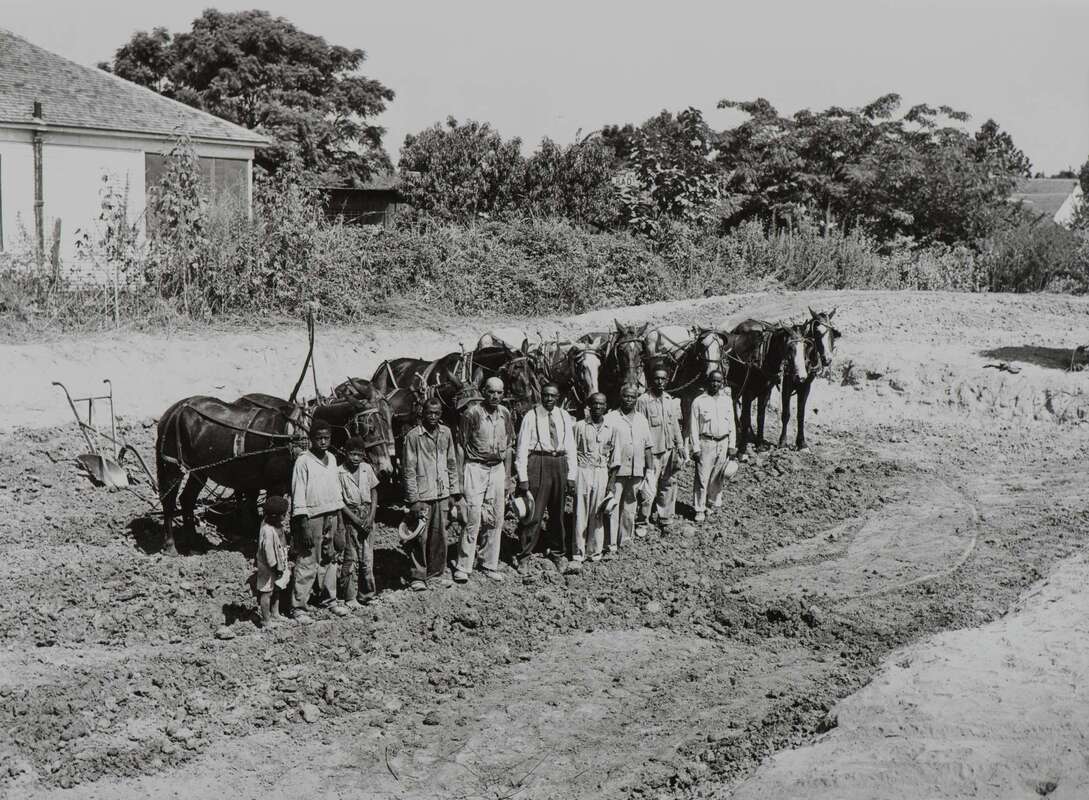 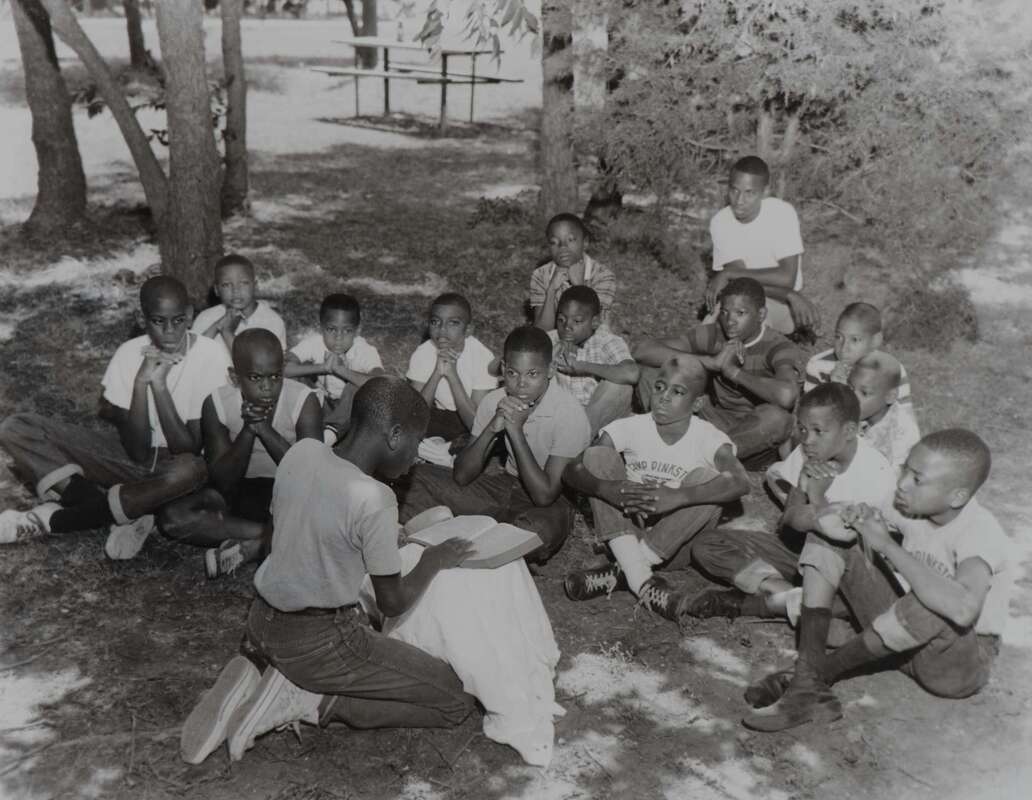 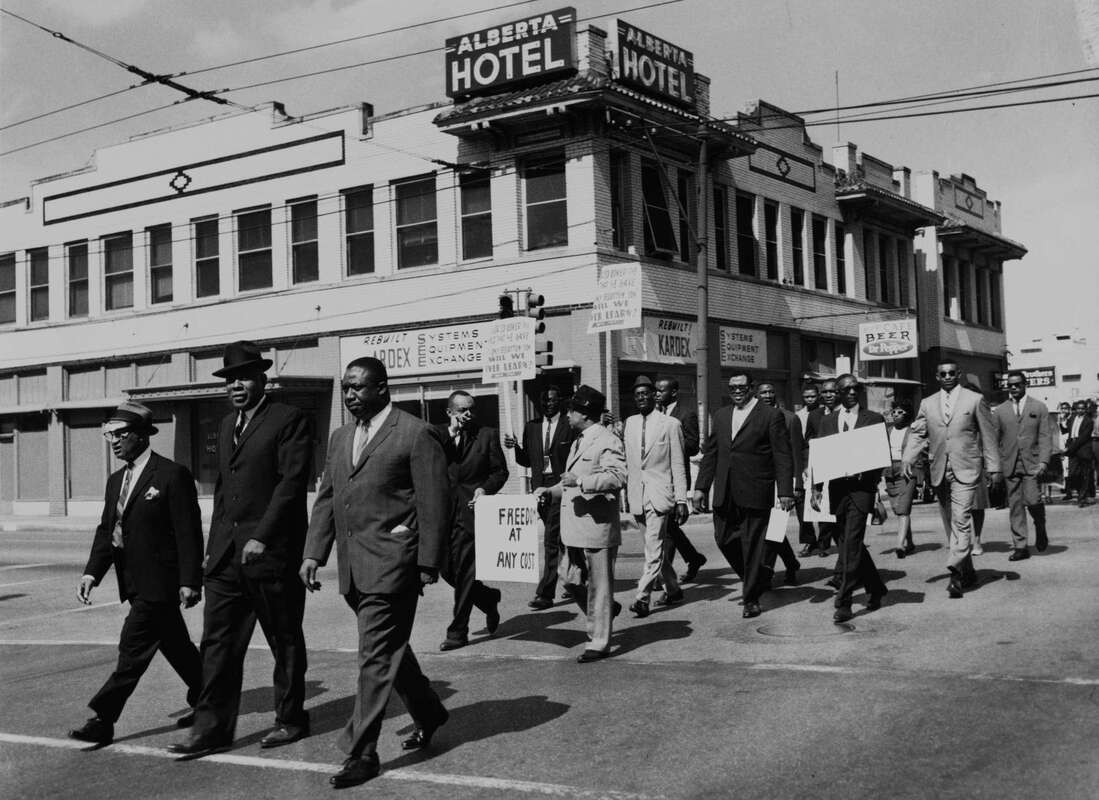 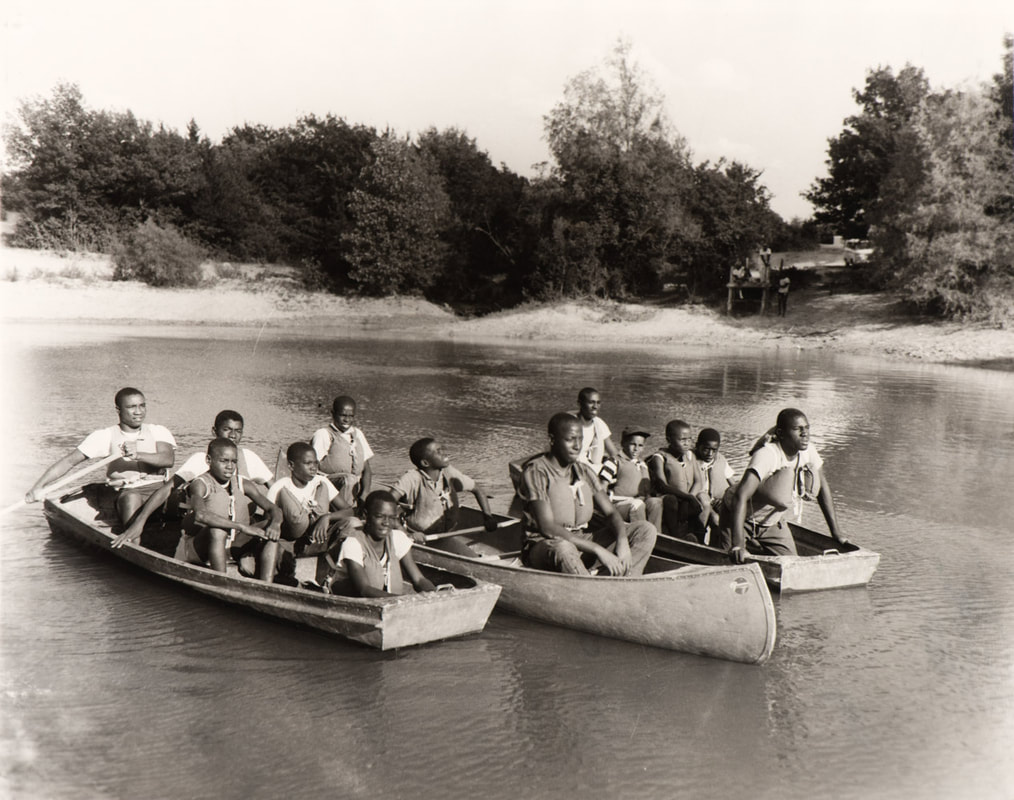 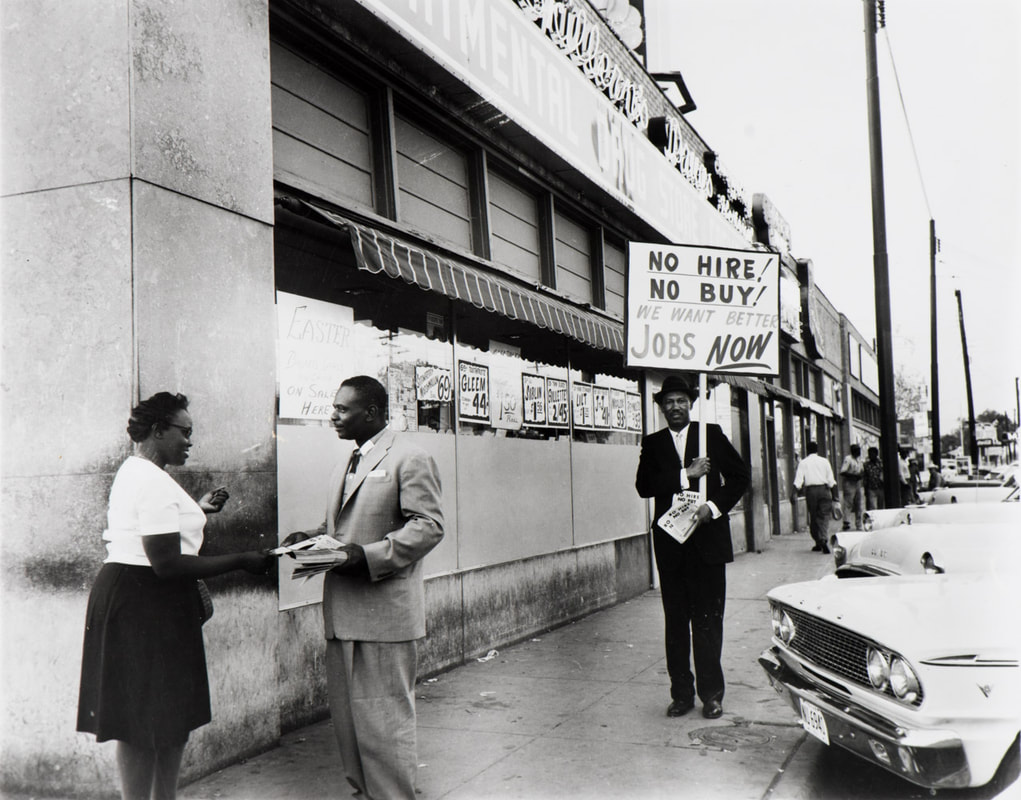 Elnora Williams Frazier, commercial and community photographer, was born January 10, 1924 in the Fifth Ward of Houston, Texas. Raised in Houston's Second Ward, Frazier was educated in Houston schools and attend­ed Houston Negro College. After high school, in 1942, Frazier attended the Teal School of Photography, taught by A. C. Teal of Houston, and was employed by Teal for fifteen years.

Frazier left the Teal Studio after A.C. Teal's death in 1956. During the late 1950s and through the 1960s and 1970s, Frazier worked in Houston for Courtesy Photo Supply, where she did black and white finishing. During the 1960s she also worked for Floyd Photo. In 1982, she began work for National Photographic Labs as a printer and remained there until her retirement in 1989. During her professional career Frazier also contracted work for friends and family. Elnora Williams married Marshall Frazier in 1948 and had one daughter, Marsha, born in 1951. Frazier died in 2005.

Alonzo W. Jordan, photographer and barber, was born February 26, 1903 to Estella and Neeland Jordan in Sabine Pass, Texas. He moved to Jasper at age 2 and was raised by his grandparents and attended Jasper Negro School. In 1929 he entered the barbering profession and established a shop in Jasper. Jordan studied photography under L. A. Simmons in Wiergate, Texas, and purchased his first professional camera in 1943. He simultaneously operated a photo studio and barbershop for forty-one years. Alonzo Jordan died in January 1984.

During the studio’s operation, Alonzo Jordan photographed almost every graduating class and school event at local Jasper schools and for many elementary and high schools in about a seventy-five mile radius. An active Prince Hall Mason, Jordan also documented black Freemasonry in East Texas for many years.

Jordan was married to Helen Armstrong Limbrick (b. 1912). Mrs. Jordan accompanied him on most shooting assignments outside Jasper and was responsible for the studio’s record-keeping and client information.
A short video by Alan Govenar interviewing Alonzo Jordan's family and friends about his life and work in Jasper, Texas.

S. Juanita Williams, professional photographer, was born November 16, 1926 in Stafford, Texas. One of six sisters and three brothers, she was raised by grandparents in Stafford until age six and then in Houston by her mother. She attended Phyllis Wheatley High School in Houston and as a child became acquainted with the A. C. Teal family’s Teal Studio.
​
Williams worked at the Teal Studio from 1941 to 1951 and attended The Teal School of Photography from 1942 to 1944. During that period she learned standard photographic techniques, including lab chemistry, retouching, and hand-coloring. After working a year at photo-finishing in Seattle in 1952 she moved back to Houston and again worked for the Teal Studio until 1954, when she began work at Courtesy Photo, also in Houston. Williams’s employment at Courtesy Photo lasted until 1962, the year she started her own studio out of her home. In the 1970s and 1980s Williams also worked for Nita’s Photos. During the 1950s and 1960s she trained for and held other jobs, which included nursing assistance and life insurance underwriting. 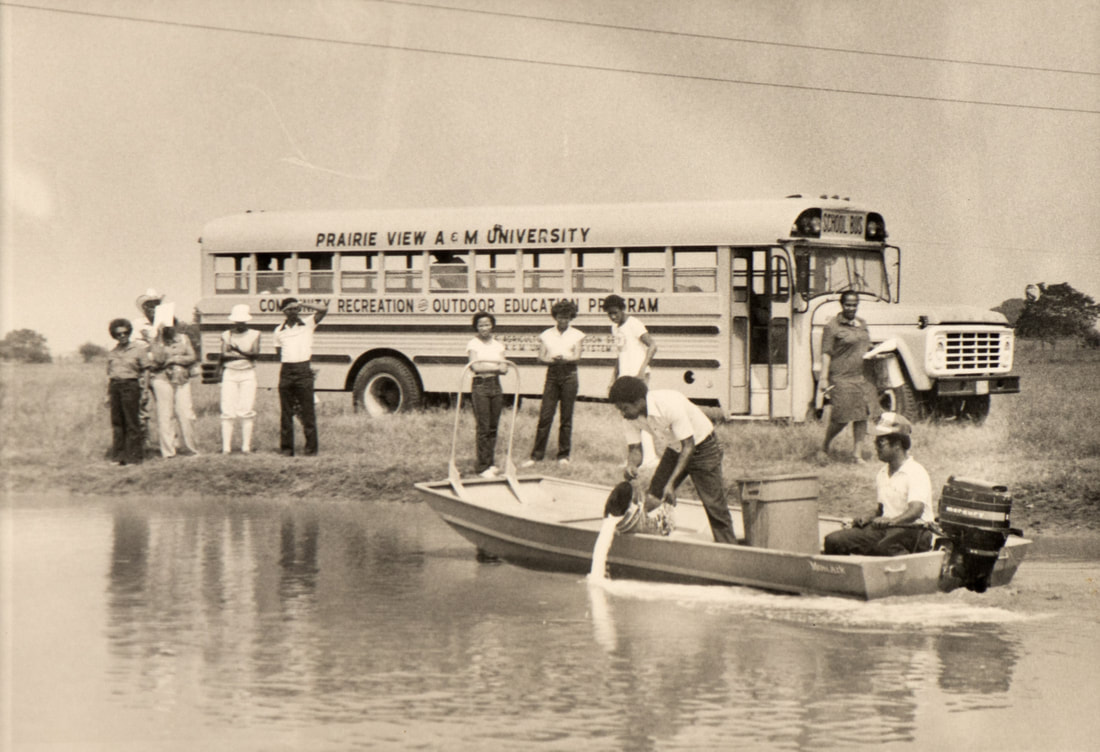 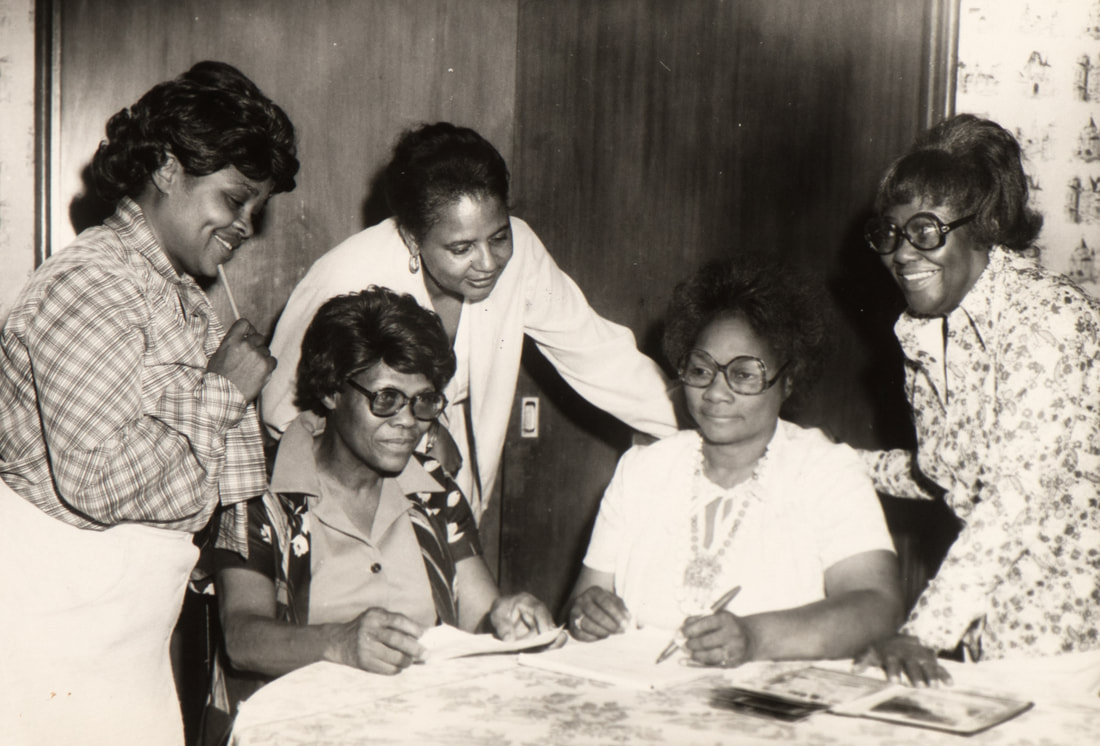 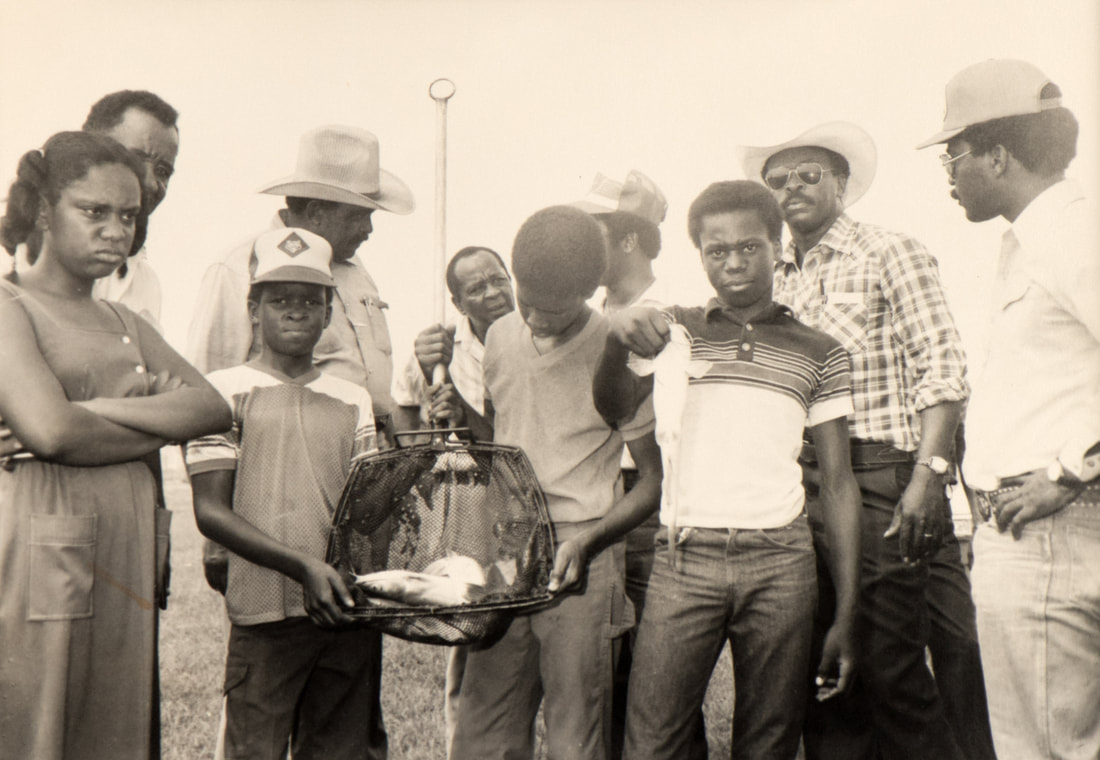 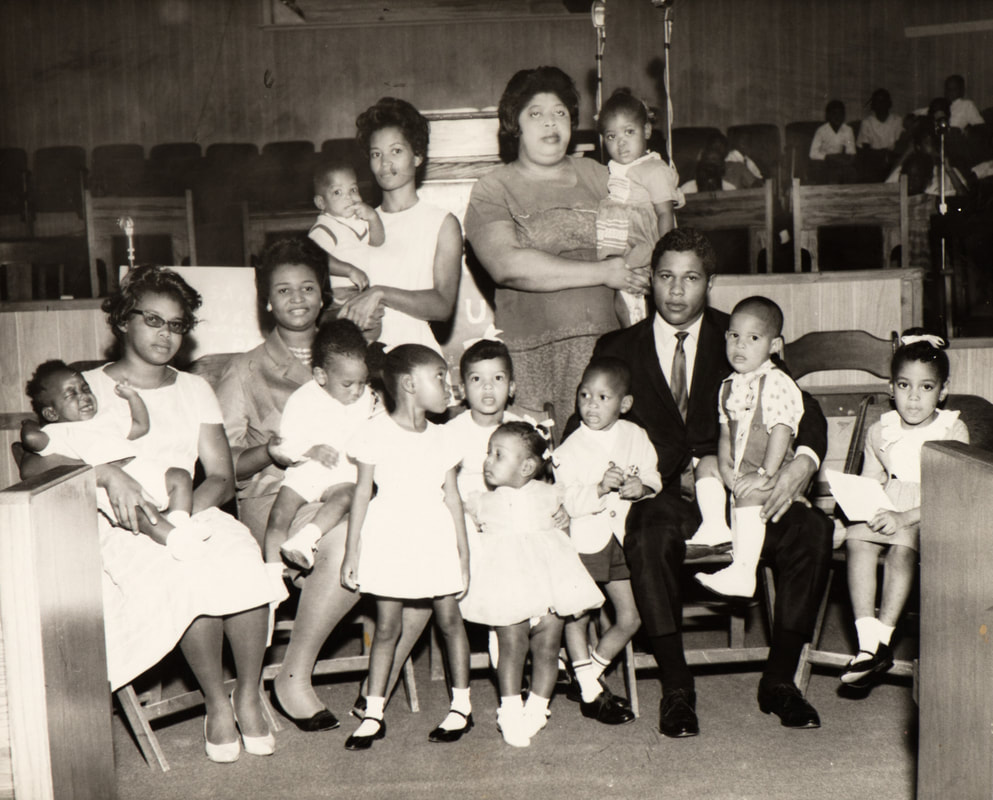 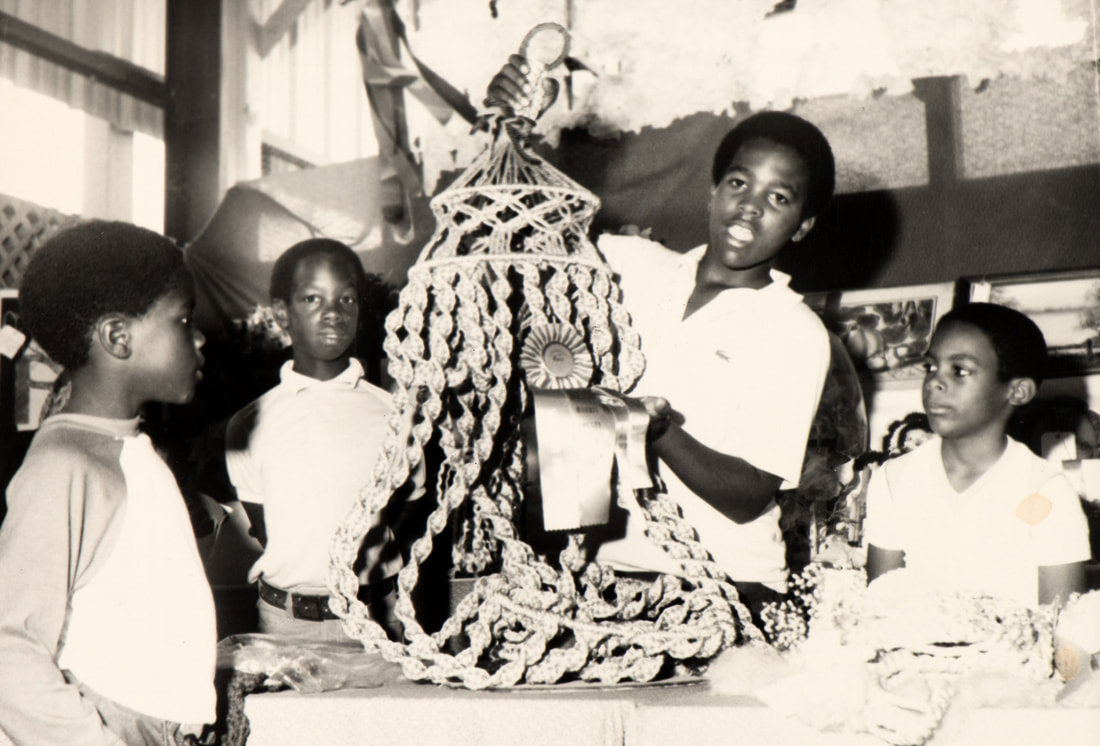 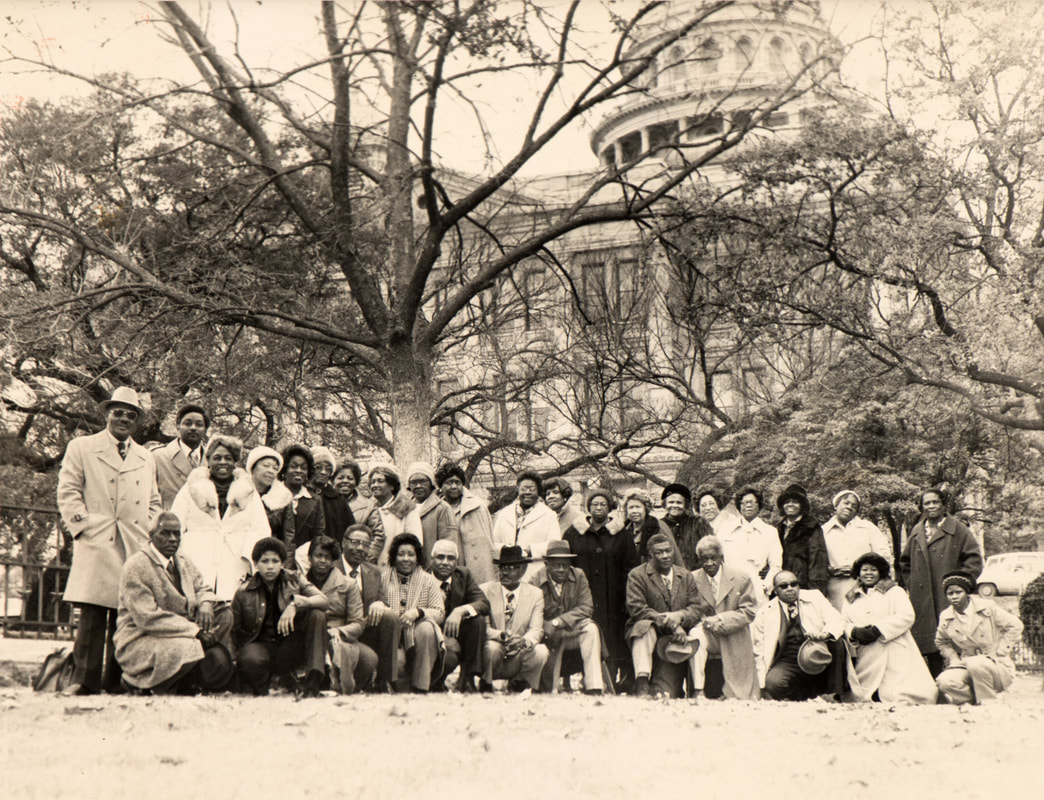 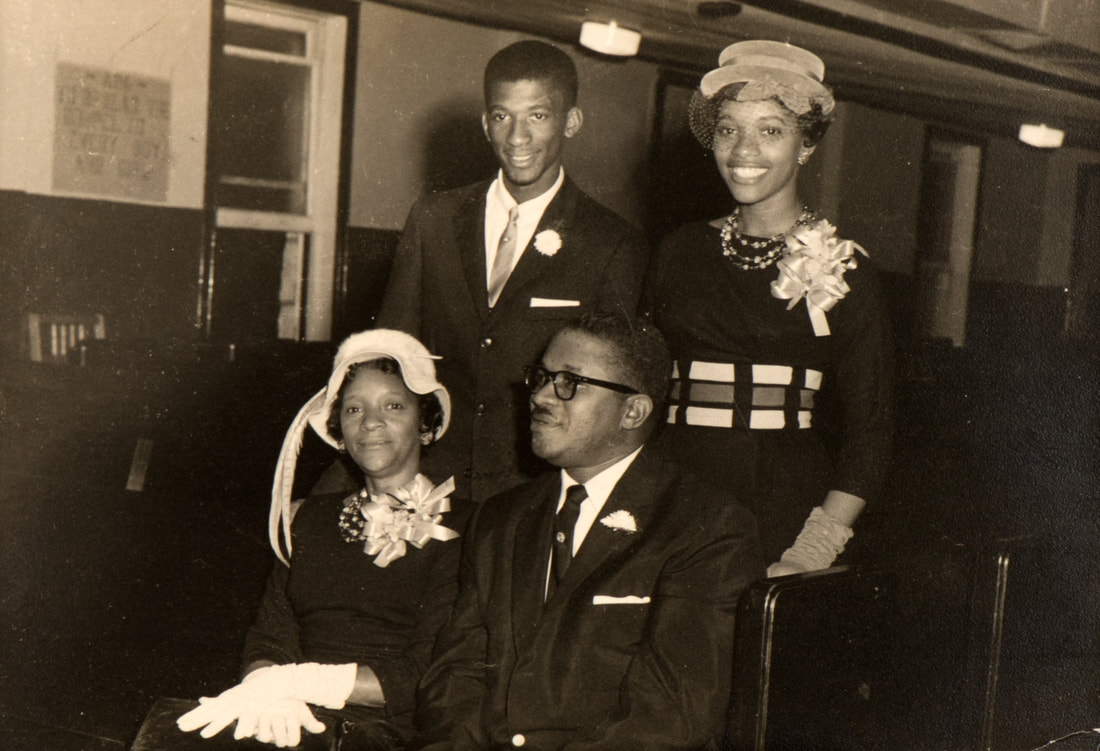 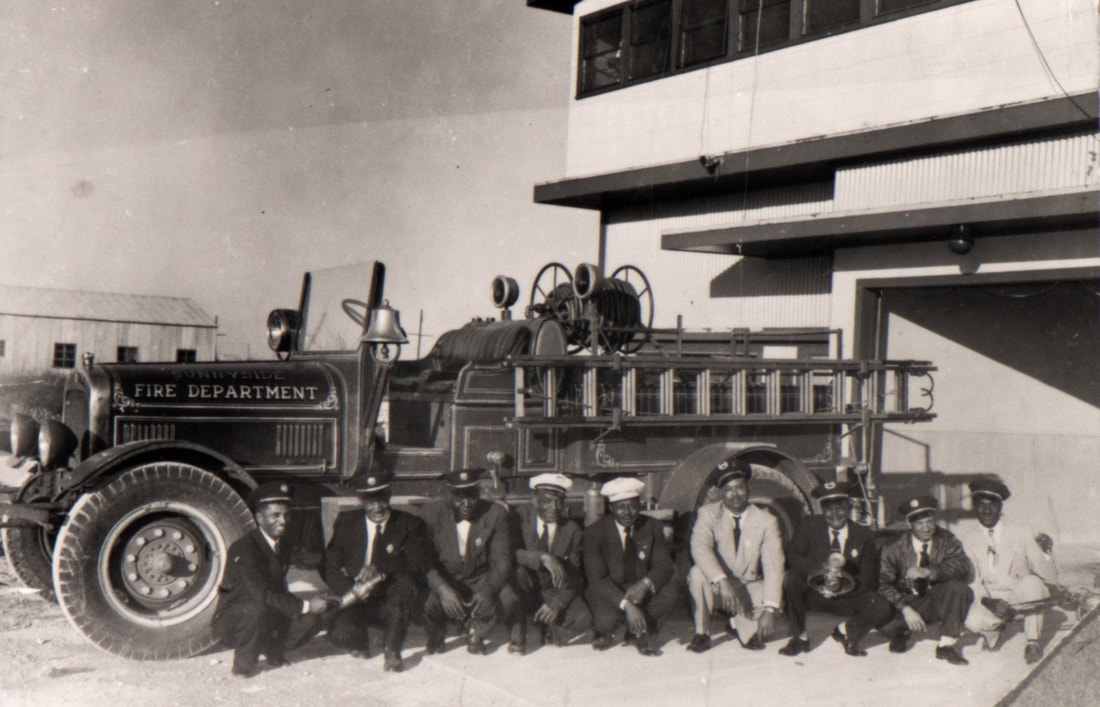 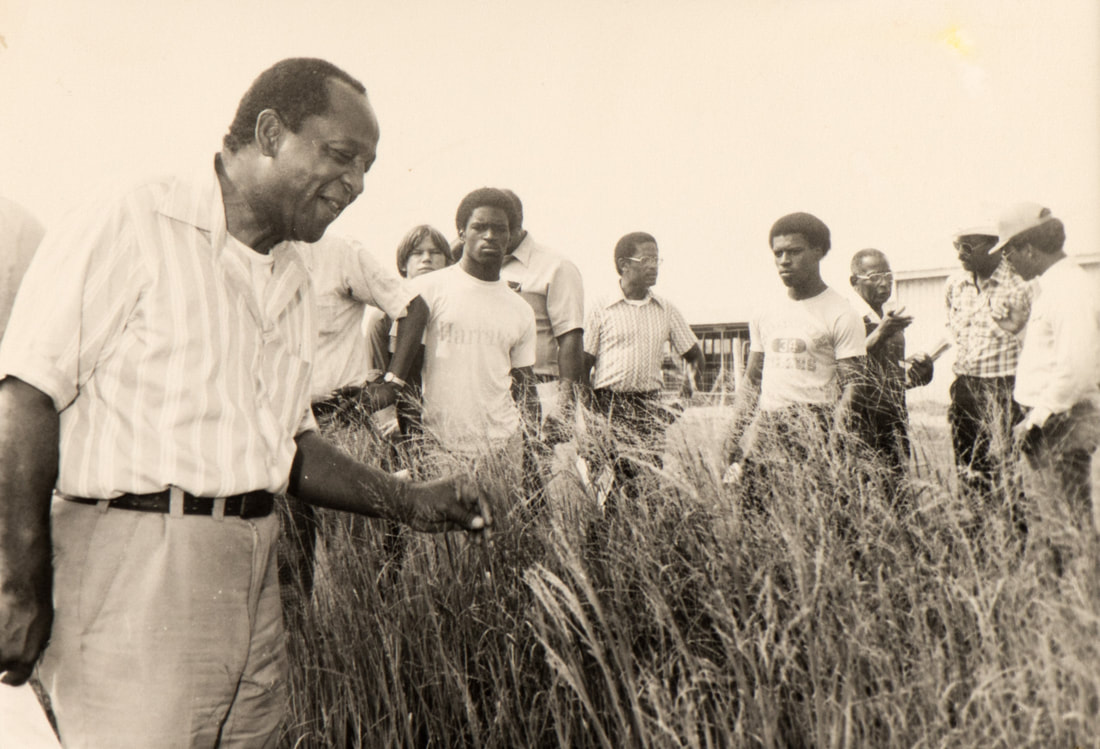