INTERVIEW WITH DAVID CAMPANY
This interview has been edited for length and clarity.
​Truth in Photography: Tell me about these two exhibitions at the International Center of Photography.

David Campany: A Trillion Sunsets: A Century of Image Overload takes a very simple idea and puts it into a historical perspective. Pretty much every day somebody tells me that there are too many images in the world. That we are bombarded by them, flooded, or there's an inundation of images. These are words of catastrophe, but they're also words that suggest that we feel images are coming for us, are coming to get us; that they have us in mind, that we are being targeted somehow. That's really a common characteristic of how we feel about the contemporary image world. But in fact, it is a worry, or a fascination, with a long history really, going back to the 1920s with the birth of the modern mass media. After the first World War, there was an enormous explosion in the number of illustrated magazines and newspapers. Suddenly, the amount of photographs that people were seeing went up exponentially, and it's continued that way for the last century. So this is an exhibition that really takes a historical look across the last century, presenting the work of various artists who've worked with existing images. It might be montage, or collage, or appropriation of one kind or another. We have works that are made on paper, works that are in book form, works that are on screens, but they come from every decade of the last century, from the 1920s onwards.
Truth in Photography: How do we know if there are enough images? How do we make sense of all that?

TiP: How do we know if an image is true?

Campany: Images don't speak truths, but we measure our experience against images. And maybe that's where the truth is.

TiP: Complete the sentence, “Truth in photography is…”

Campany: Truth in photography is a moving target, and that's because the world is changing very fast and there's no fixed way to represent it. No fixed way to understand it. One has to experiment in order to represent the world. There are no pre-given forms or conventions. So truth in photography is an experimental business. It's not a matter of a fixed way of depicting things, and it always involves a lot of guesswork, a lot of speculation, a lot of trying things out. If we knew how to be truthful with photography, we would all be doing it. But we don't know.

TiP: Talk about some of the specific images in this exhibition.

Campany: If you go right back to the 1920s and 30s, you find artists really grappling with the modern image world and this feeling that the number of images is getting out of control. For example, the German artist Hannah Hoch kept media scrapbooks, unpublished albums of images that she would find in popular magazines. This was her way of processing it, of making sense of it psychologically, emotionally, artistically. Around the same time, you have artists like Walker Evans, who understood that the modern world was full of images and that if you wanted to be a photographer in the modern world, you would have to include images within your images rather than avoiding them.

TiP: Talk about the title of the exhibition.

TiP: So that's the dilemma.

Campany: It is, it is a dilemma. One feels in the contemporary image world that for every image one is looking at, there are millions out there that one is not looking at, that are somehow waiting for us on hard drives, on screens somewhere else.

TiP: What makes a photograph iconic?

Campany: The more images there are in the world, the more desire there is to invest in single pictures that might summarize things, capture things, hence the iconic picture. But of course, the iconic picture in a way is a distraction, because a single photograph can't really summarize anything particularly complex. But still, there is a desire for a single picture to hold that. At the same time, there are artists that avoid the single picture, that look to the multiplicity of pictures, huge collections of pictures, archives, albums, series, suites, sequences, all the ways of putting images together. And really, that is what typifies the image world that we live in. It's not single images, it's the great number of pictures. 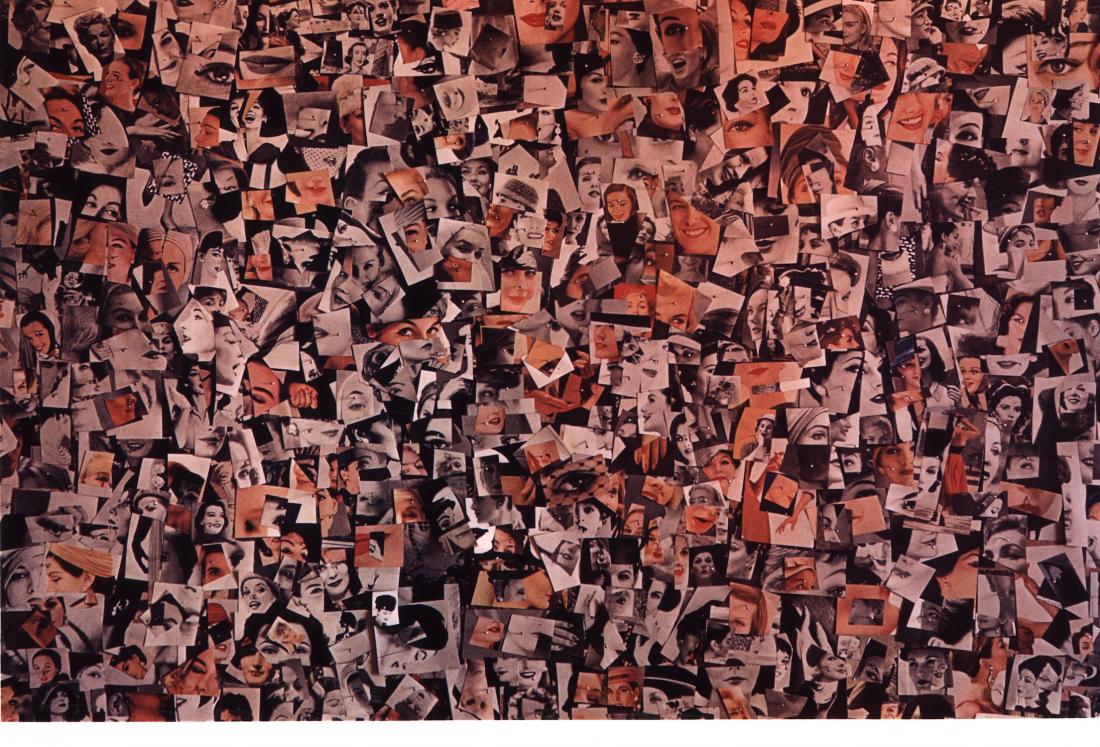 Harry Callahan, Collages, ca. 1957. International Center of Photography, Gift of Louis F. Fox, 1980. © The Estate of Harry Callahan, courtesy Pace Gallery
TiP: It's hard not to talk about January 6th in terms of the thousands of images. If we keep seeing these images, are they making us numb to their content?

Campany: We often hear it said that images make us numb to the content if we see too many images, that we are no longer able to respond either intellectually or emotionally. But maybe that feeling is self-defense. If we tell ourselves we feel numb, then we feel numb. But maybe the excess doesn't have anything to do with the number. Maybe the feeling of excess is the fact that any photograph can have many meanings. It can be very ambiguous. Maybe the problem of excess exists in every photograph. Any given image has too much information, too much ambiguity, too much possibility. Perhaps it's nothing to do with the number, nothing to do with the volume of images.

TiP: Why should a photograph of a real situation be any less artistic than one that's a fictional reality?

Campany: I think every photograph is both a document and an interpretation. If it's an interpretation, it's also potentially an artwork. Where the emphasis falls really depends on what we want from the image and how it's used. The interesting thing about photographs is they are so dependent on their context, how they’re used, who's using them, who wants what meanings from them. And that tells us more about us and what we'd like from photographs, than it actually tells us about the photographs themselves.

It's a bit like that diagram of a cube that you look at, and sometimes you can see the cube one way, sometimes you can see the cube the other way, but you can never have them both at the same time. The document character of the photograph and the art character of the photograph are a little bit like that. They never quite add up, they never quite reconcile. But they're both there, and they're both potentials of every image. Oscar Wilde once said that if you give a person a mask, they will give you their truth. And I think photography has an interesting relation to that. You can go into the world and try and photograph the actuality of the world and arrive at some kind of truth. You can also go into the studio and construct an entirely fictional world that might get you close to another kind of truth.

Campany: We are also presenting an exhibition titled, Actual Size! Photography at Life Scale. The question of scale in photography is really fascinating because, of course, a photograph can be any size. When we see photographs, we don't think about scale very much. We might see a photograph on a fridge magnet, a poster, a screen, a framed print on a wall, a billboard, and we never really question its size. We accept it at whatever size it is. And there's something essentially elastic about photography, and that's because what happens with photography is you capture an image, press the shutter, and then there's output. It's always a two-stage process. And you can output an image in a number of different ways. So whenever you're looking at a photograph, a photographic output, you know it could also be a hundred other ways. But there's a particular phenomenon that happens when you look at a photograph that is actual size, one-to-one scale. What does it mean to look at a photograph which is the same size as its subject matter? In the exhibition, you will see an image of a Greyhound bus, which is the size of a Greyhound bus. You will see an image of Muhammad Ali's fist, which is the same size as Muhammad Ali's fist. You'll see the floor of a forest represented at the same size as that forest floor. The subject matter varies wildly from image to image but they all share the same scale as each other, which is the same bodily scale as the viewer. 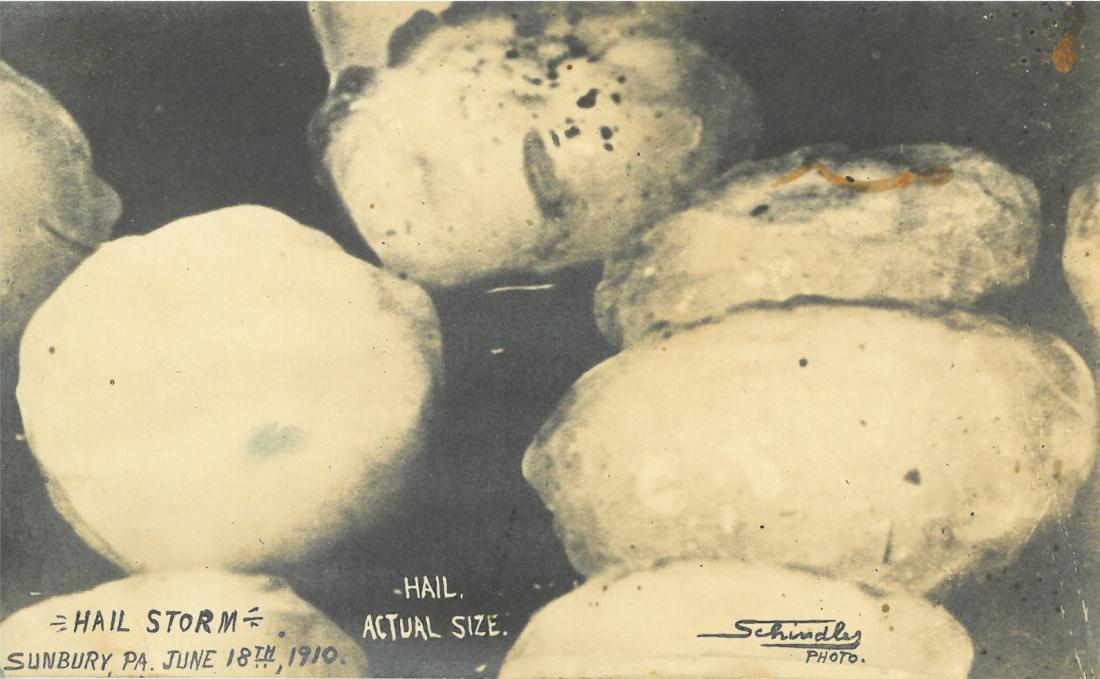