PHOTO ESSAY BY ALAN GOVENAR
​The ethics of photographing people experiencing homelessness are complicated. Photographs can be voyeuristic, intrusive, and exploitative, or they can be a means for social advocacy.
Between 2012 and 2018, I photographed people on the street and inside The Stewpot, a facility that offers safe haven for homeless and at-risk individuals by providing resources for basic survival needs, as well as opportunities to start a new life. I focused primarily on the area near the corner of Park Avenue and Young Street in downtown Dallas, where I often saw and interacted with many of the same people on a weekly and sometimes daily basis. People often recognized me and the repartee that evolved created a context for my ongoing documentary work. If people chose not to be in my photographs, they waved me away or covered their faces. Over the years, I made hundreds of photographs that show the many facets of The Stewpot, featuring those in need and those helping to make a difference. 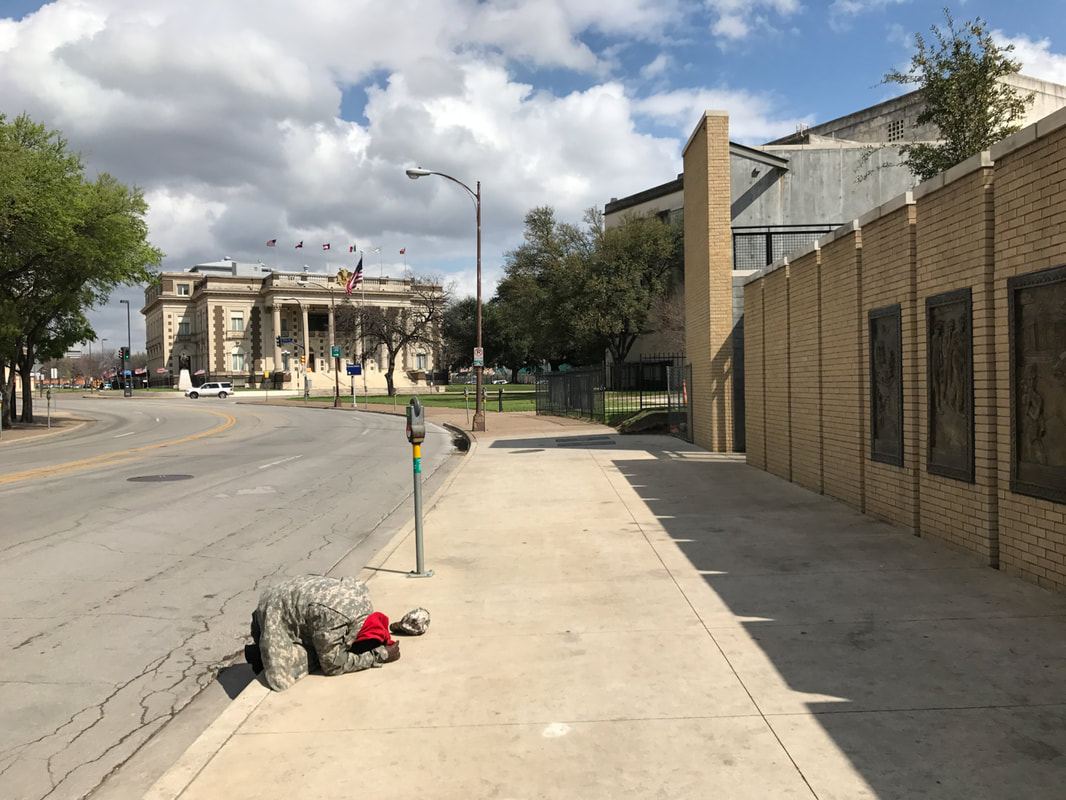 Unidentified man, Young Street, Dallas, Texas, March 6, 2017. © Alan Govenar
I made a short film about K2 addiction among homeless people in Dallas, Texas, where the drug is taking lives every day. K2 is a synthetic cannabinoid up to 100 times as potent as marijuana, the drug causes hallucinations, violent behavior, and leaves some comatose.
In addition to my photographs of the homeless, I directed a documentary film, Serving Second Chances, chronicling efforts to provide survival resources and opportunities for homeless and at risk people to start a new life.

Intertwined in the day-to-day operations of The Stewpot, the film focuses on three of its clients and their deeply personal struggles to stabilize their lives over three years: Gerald Williams, a musician whose crack addiction ruined his career; Alisa Flores, a victim of an abusive relationship; and Velietta Dickens Rogers, a rape survivor who contracted AIDS.