THE PHOTOGRAPHS OF ALEXANDER GARDNER
Alexander Gardner's July 1863 photographs of a dead Civil War Confederate rebel raise difficult questions. After photographing the rebel in a trench, Gardner moved the body a few hundred feet to stage a different composition, in which he placed props, including a rifle and knapsack, in an attempt to heighten the drama of the scene by recreating what he apparently believed was the suddenness of the battlefield death. While Gardner’s photographs are documentary to the extent that the rebel is actually dead, the truth of the image has been altered. 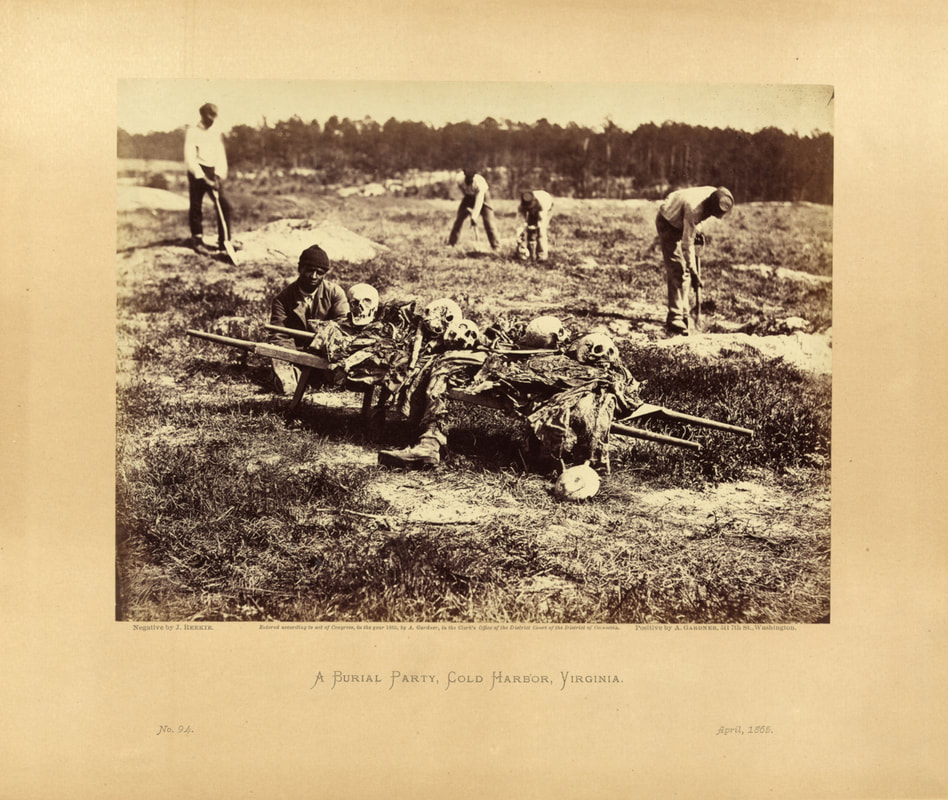 An African American soldier seated next to a stretcher containing the remains of his comrades who perished in the battles of Gaines' Mill and Cold Harbor, April 1865. Photograph by John Reekie. Positive by Alexander Gardner. Courtesy Library of Congress.
While reports of the Civil War death count totaling around 750,000 filled newspapers, photographs conveyed the cost of the conflict in ways that nothing else could. In The Atlantic, Oliver Wendall Holmes wrote, “Let him who wishes to know what war is look at this series of illustrations” after the photographs went on view in Matthew Brady's gallery in 1862. The New York Times said “Brady's photographs had ‘done something to bring home to us the terrible reality and earnestness of war.‘ If he has not brought bodies and laid them in our door-yards and along the streets, he has done something very like it.”
Excerpted from “Where Are the Photos of People Dying of Covid” by Dr. Sarah Elizabeth Lewis in an Op-Ed in The New York Times.
RETURN