For decades, Magnum photographers have documented both sides of the US-Mexico border, in locations including San Diego, Tijuana, Juarez, Sonora, and Palmillas. These photographs show an ever-evolving story, going beyond the conventions of an often melodramatic news cycle and the relentless political posturing that has defined public understanding of the US-Mexico border.
(click on an image to see it larger and view its caption)

ABOUT ALEX WEBB
Alex Webb is best known for his complex and vibrant color photographs of serendipitous or enigmatic moments, often in places with socio-political tensions. Over the past 45 years, Webb has worked in places as varied as the U.S.-Mexico border, Haiti, Istanbul, and, most recently, a number of U.S. cities.

In 1974, the 22-year-old Webb began working as a professional photojournalist, going on to work for the New York Times Magazine, Geo, Life, National Geographic, among other magazines. Working mostly in Latin America and the Caribbean, he credits those cultures with inspiring his interest in color, when he transitioned from black-and-white photography in 1979.
​
Webb has published 16 photography books, including Memory City (with poet and photographer Rebecca Norris Webb, his wife and creative partner), a meditation about film, time, and the city of Rochester, NY, itself, the long-time home of Kodak, in the year following the company’s bankruptcy. He has received numerous awards and grants including a Hasselblad Foundation Grant in 1998, a Guggenheim Fellowship in 2007, a National Endowment for the Arts Fellowship in 1990, and the Leica Medal of Excellence in 2000. 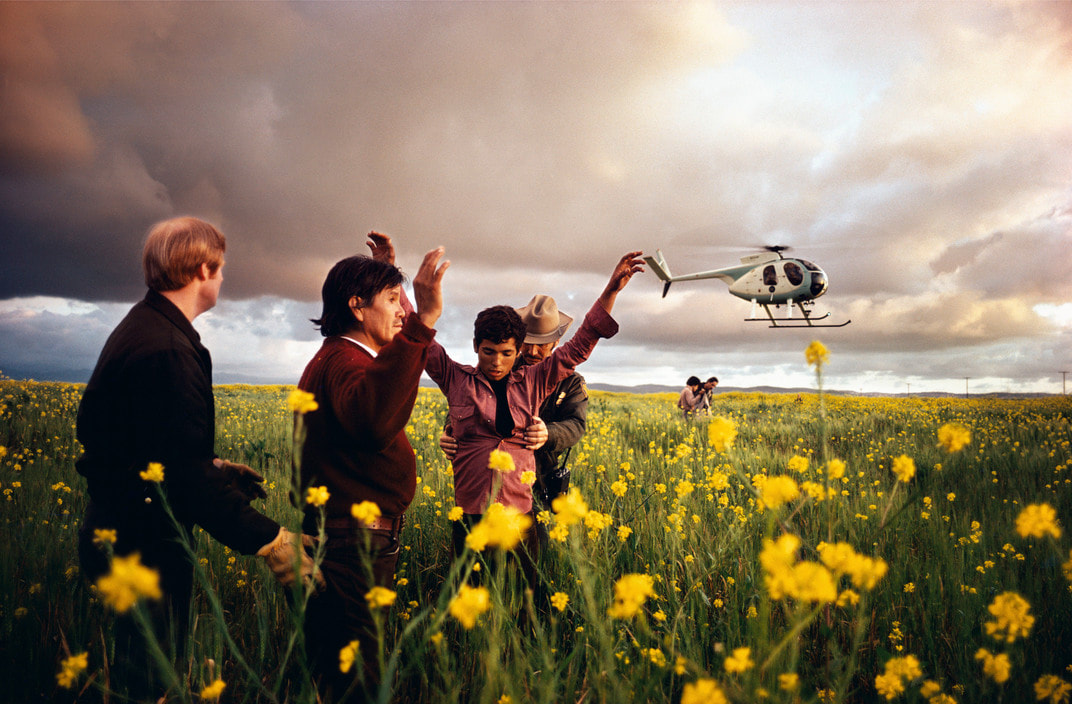 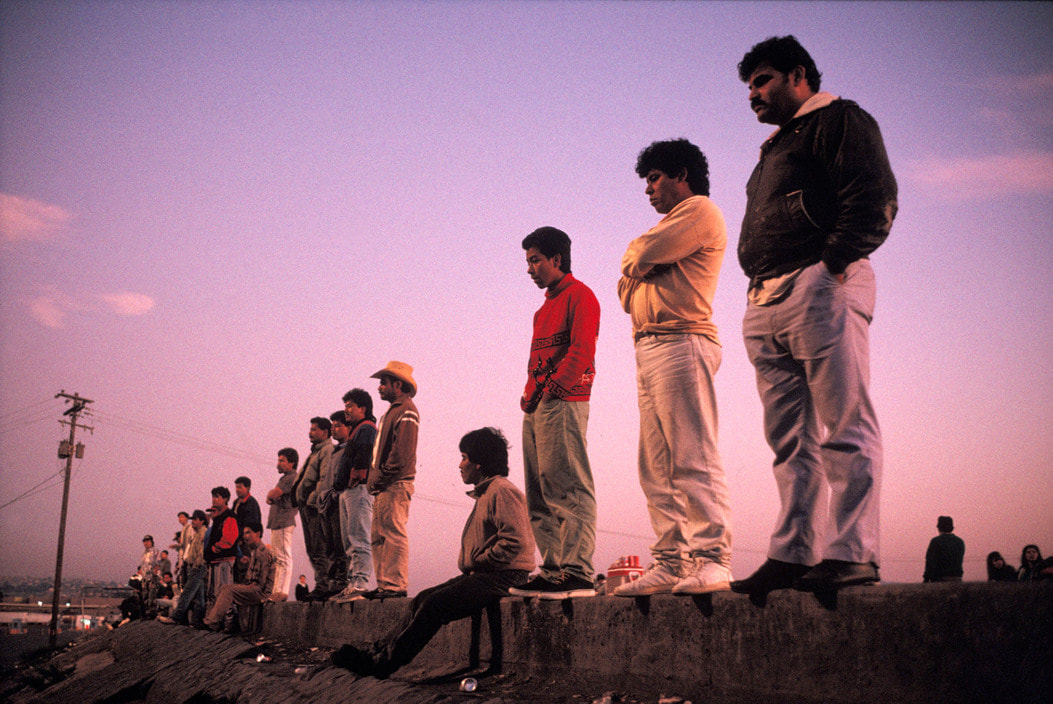 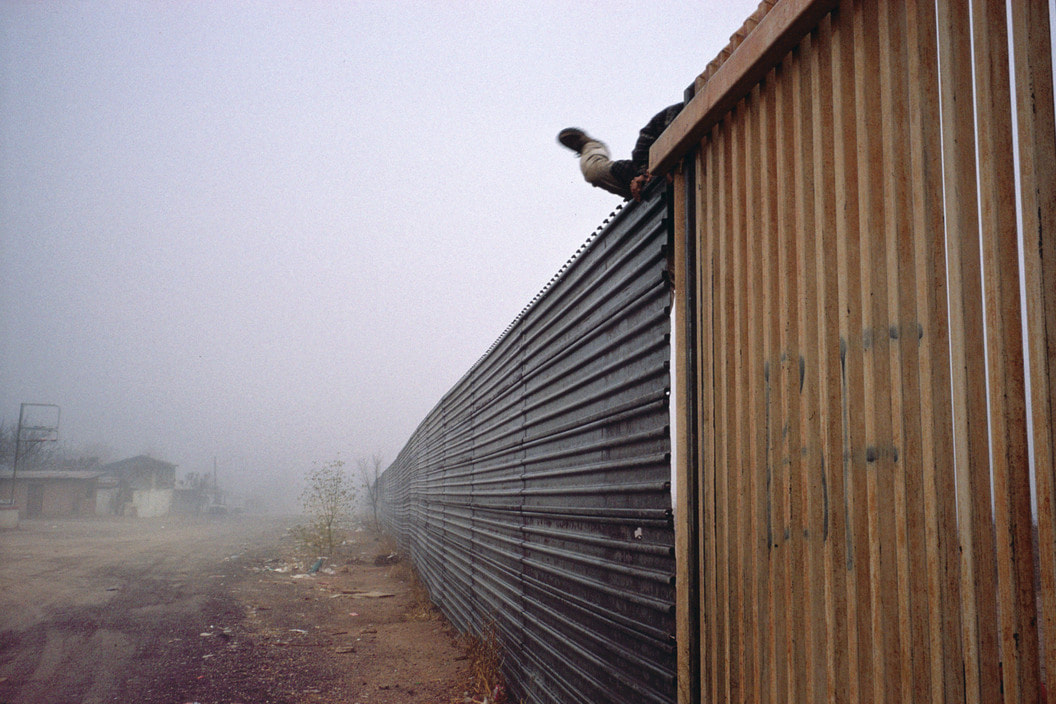 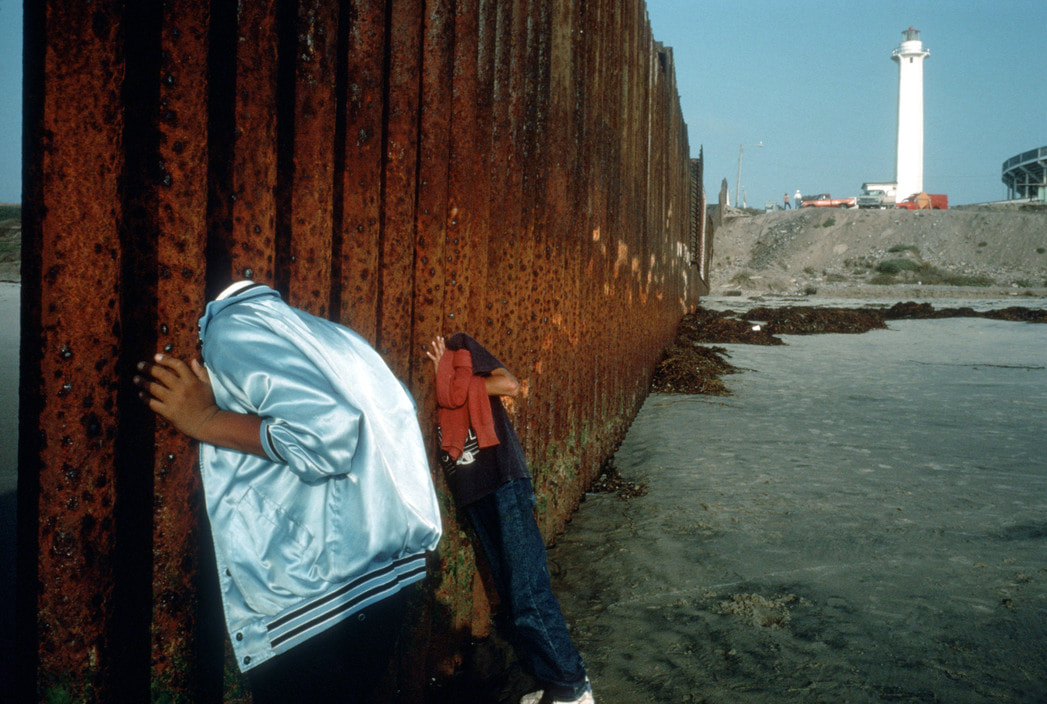 ABOUT Paul Fusco
Paul Fusco worked as a photographer with the United States Army Signal Corps in Korea from 1951 to 1953, before studying photojournalism at Ohio University, where he received his Bachelor of Fine Arts degree in 1957.

​He has produced important reportages on social issues in the US, including the plight of destitute miners in Kentucky; Latino ghetto life in New York City; cultural experimentation in California; African-American life in the Mississippi delta; religious proselytizing in the South; and migrant laborers. He also worked in England, Israel, Egypt, Japan, Southeast Asia, Brazil, Chile, and Mexico, and made an extended study of the Iron Curtain countries, from northern Finland to Iran.

His photography has been published widely in major US magazines including Time, LIFE, Newsweek, The New York Times Magazine, Mother Jones and Psychology Today, as well as in other publications worldwide. He is now based in New York City. 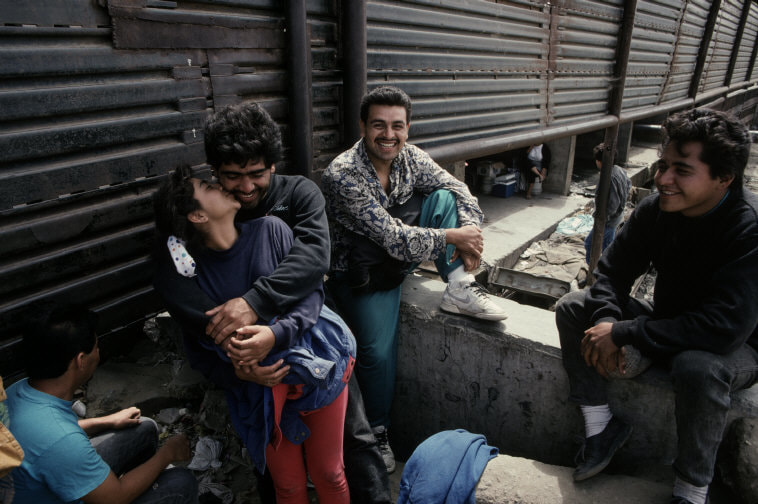 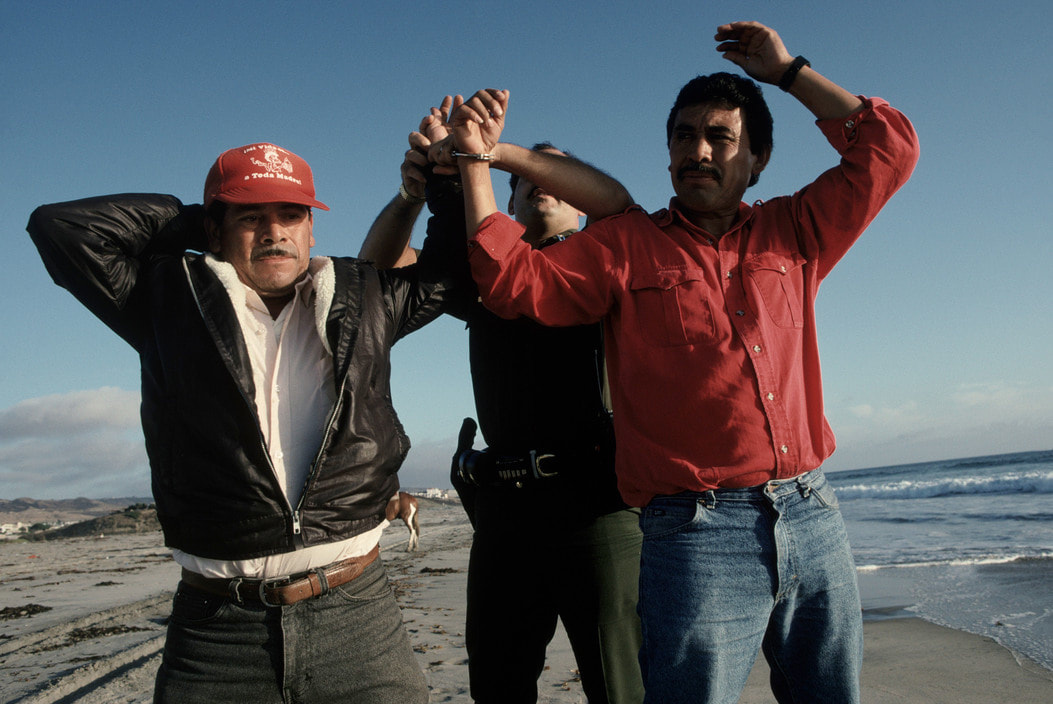 ABOUT Peter van Agtmael
Peter van Agtmael is known for his deeply affecting, sometimes surreal images, which explore themes of conflict, history, memory, nationalism, militarism, race and class. He has spent more than ten years covering America’s wars from both sides and countless angles, from embedding with military forces in Iraq and Afghanistan to covering the civilian cost of the wars. He has also extensively documented the Israel/Palestine conflict.

Along with his ongoing personal projects, Van Agtmael has photographed for many leading publications including The New York Times Magazine, where he has had multiple front covers. His work is held at International Center of Photography, Museum of Fine Arts Houston, Deutsche Börse, Photography Foundation and Yale University Art Gallery.
​
He is the recipient of numerous awards, including the W. Eugene Smith Grant, the ICP Infinity Award for Young Photographer, the Lumix Freelens Award, the Aaron Siskind Grant, a Magnum Foundation Grant as well as awards from World Press Photo, American Photography Annual, POYi, The Pulitzer Center, The Center for Documentary Studies at Duke University, FOAM and Photo District News. 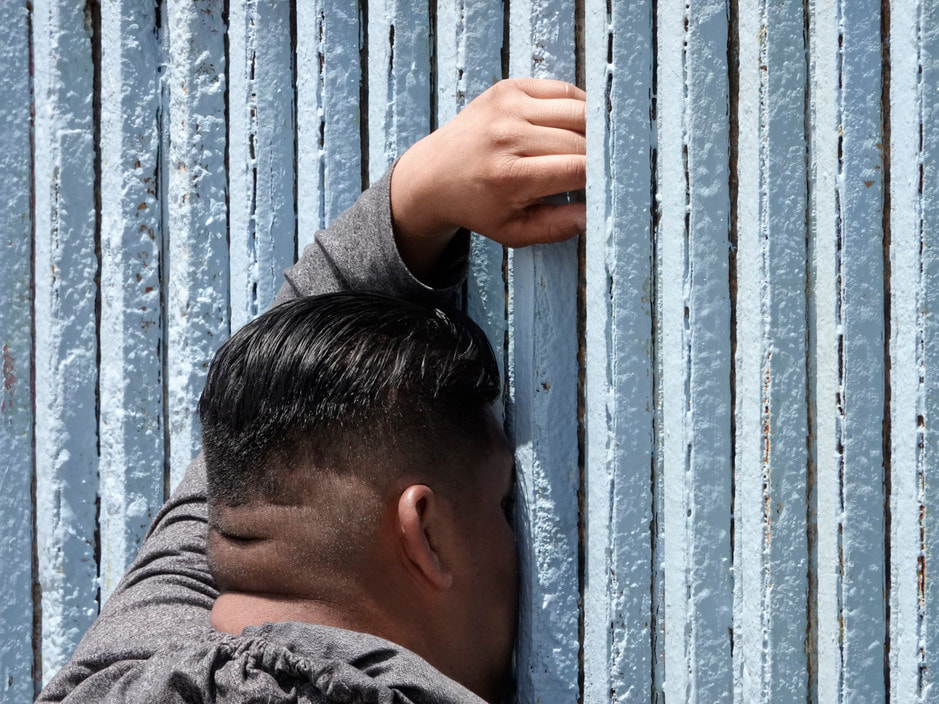 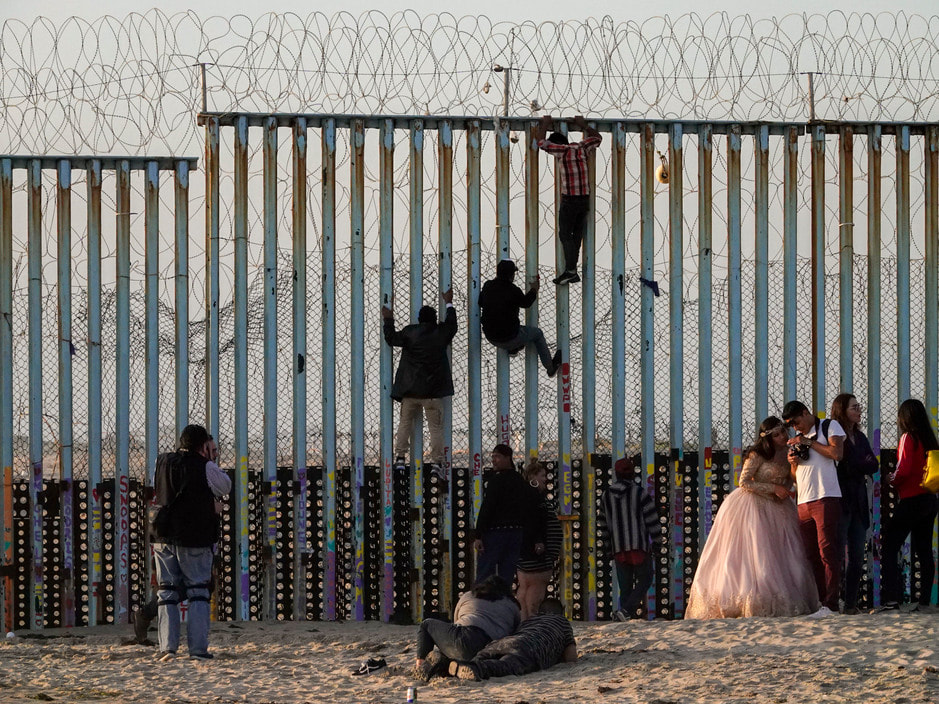 ABOUT Jérôme Sessini
Jérôme Sessini is one the world’s most prolific and respected names working in the sensitive field of conflict zones and has been dispatched to war-torn countries like Palestine, Iraq, Lebanon, Syria and Libya for international publications. As well as reporting on the frontlines, he has covered social issues such as the drug-related violence on the streets of Mexico, the anti-government protests in Ukraine, and indigenous minorities in Cambodia facing forced eviction.

His work has been published by prestigious newspapers and magazines, including Newsweek, Stern, Paris-Match as well as Le Monde and the Wall Street Journal. It has been shown in multiple solo exhibitions around the world including the Visa Photo Festival in Perpignan, at the Rencontres d’Arles, the Bibliothèque Nationale François-Mitterrand, as well as with the French Ministry of Culture. 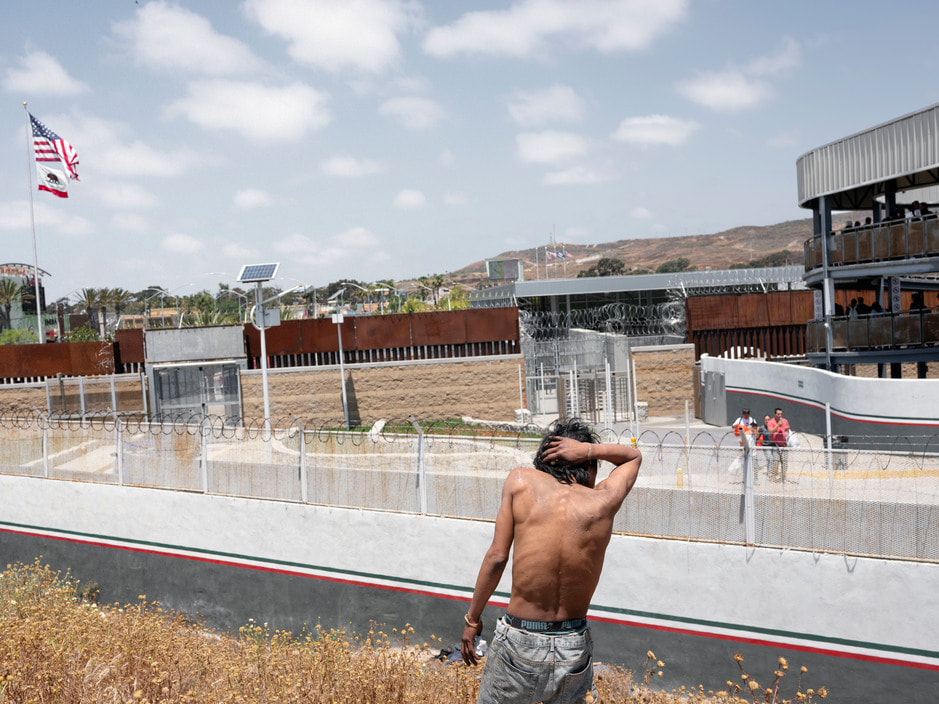 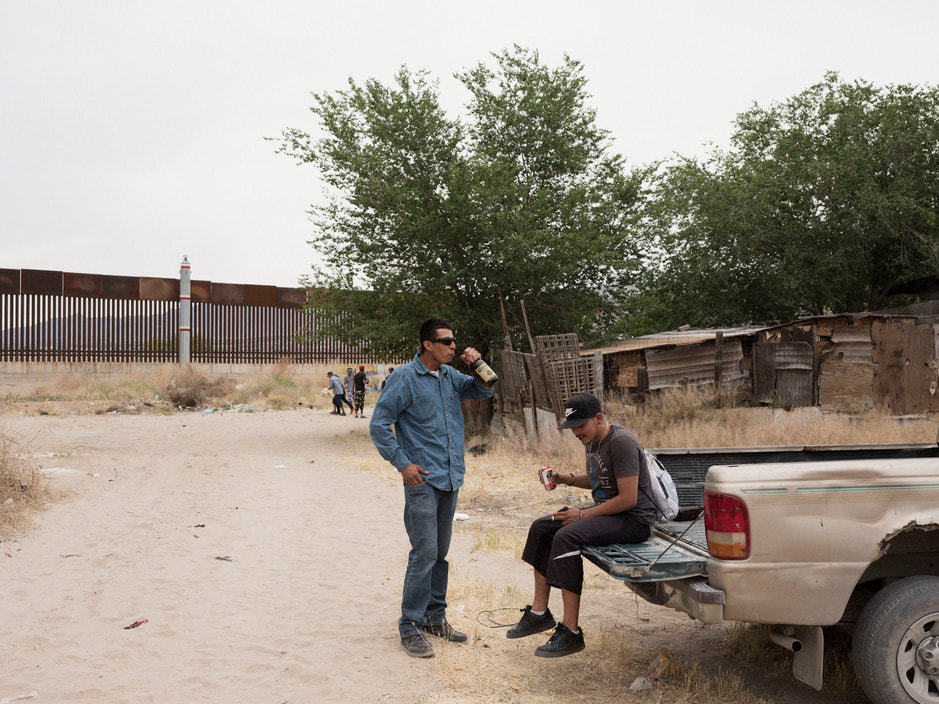 ABOUT Cristina de Middel
Cristina de Middel investigates photography’s ambiguous relationship to truth. Blending documentary and conceptual photographic practices, she plays with reconstructions and archetypes in order to build a more layered understanding of the subjects she approaches. Working from the premise that mass media is reducing our real understanding of the world we live in, De Middel responds to an urgency to re-imagine tired aesthetic tropes and insert opinion in place of facts.
​
Her impulse for an unconventional angle developed after a 10-year career as a photojournalist when De Middel stepped outside of straight documentary and produced the acclaimed series The Afronauts (2012). It explored the history of a failed space program in Zambia in the 1960s through staged reenactments of obscure narratives, challenging the traditional depiction of the African continent.

As well as her personal projects, De Middel has worked on commission for clients including The Nobel Peace Foundation, Christian Dior, Vanity Fair USA, Vogue USA and FC Barcelona.
​
De Middel was born in Spain and is based between Mexico and Brazil. 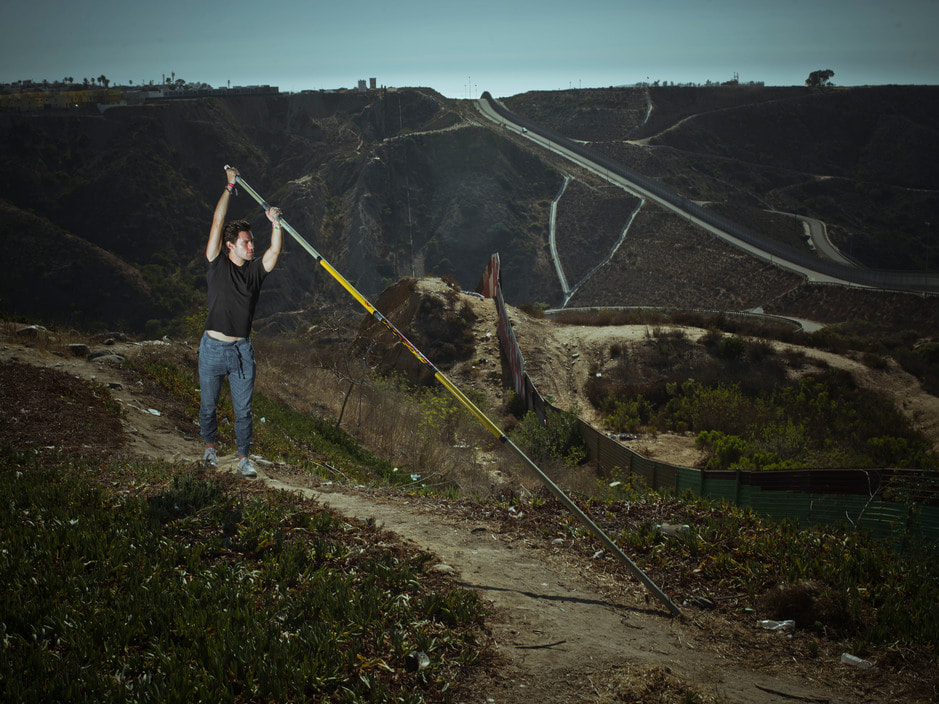 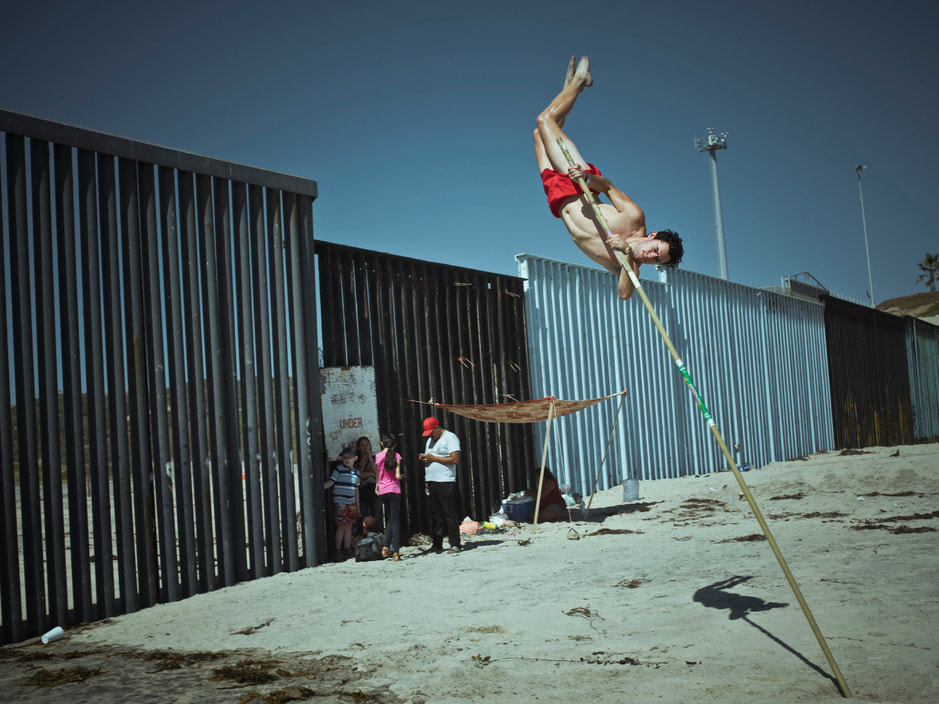 ABOUT Larry Towell
Larry Towell’s experience as a poet and a folk musician have done much to shape his personal style. The son of a car repairman, Towell grew up in a large family in rural Ontario, Canada. During studies in visual arts at Toronto’s York University, he was given a camera and taught how to process black and white film.

A stint of volunteer work in Calcutta in 1976 provoked Towell to photograph and write. In 1984, he became a freelance photographer and writer focusing on the dispossessed, exile and peasant rebellion. He completed projects on the Nicaraguan Contra war, on the relatives of the disappeared in Guatemala, and on American Vietnam War veterans who had returned to Vietnam to rebuild the country. His first published magazine essay, Paradise Lost, exposed the ecological consequences of the catastrophic Exxon Valdez oil spill in Alaska’s Prince William Sound.

In 1996, Towell completed a project based on ten years of reportage in El Salvador, followed the next year by a major book, Then Palestine. His fascination with landlessness also led him to the Mennonite migrant workers of Mexico, an eleven-year project completed in 2000. He finished a second highly acclaimed book on the Palestinian-Israeli conflict in 2005, and in 2008 released the award-winning The World From My Front Porch, a project on his own family in rural Ontario where he sharecrops a 75-acre farm. 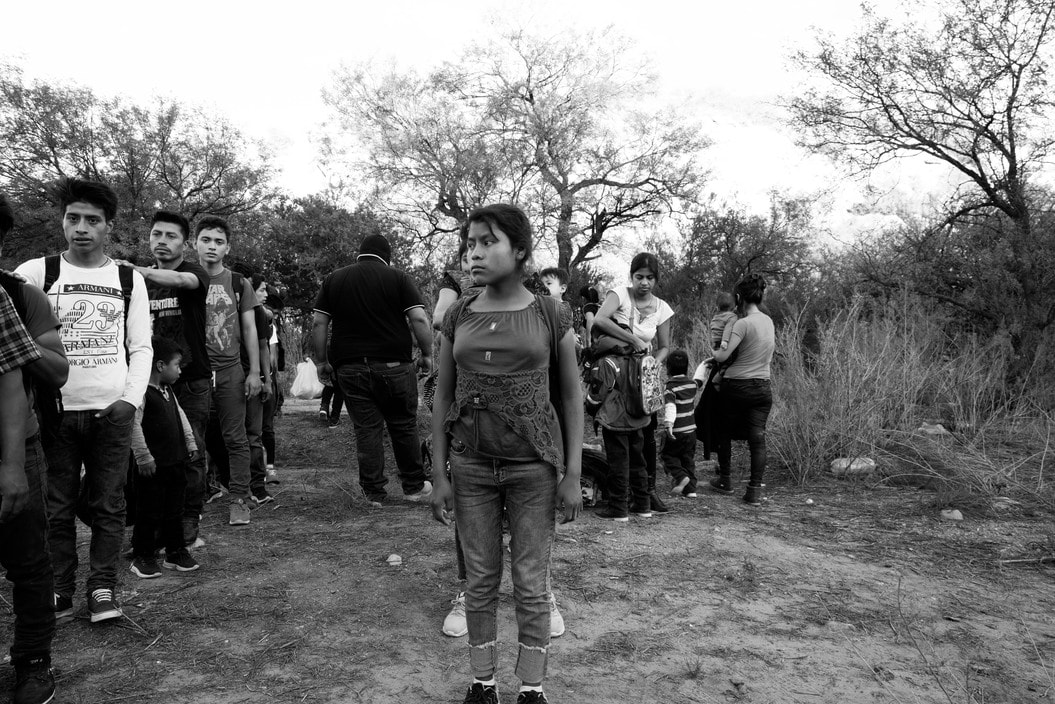 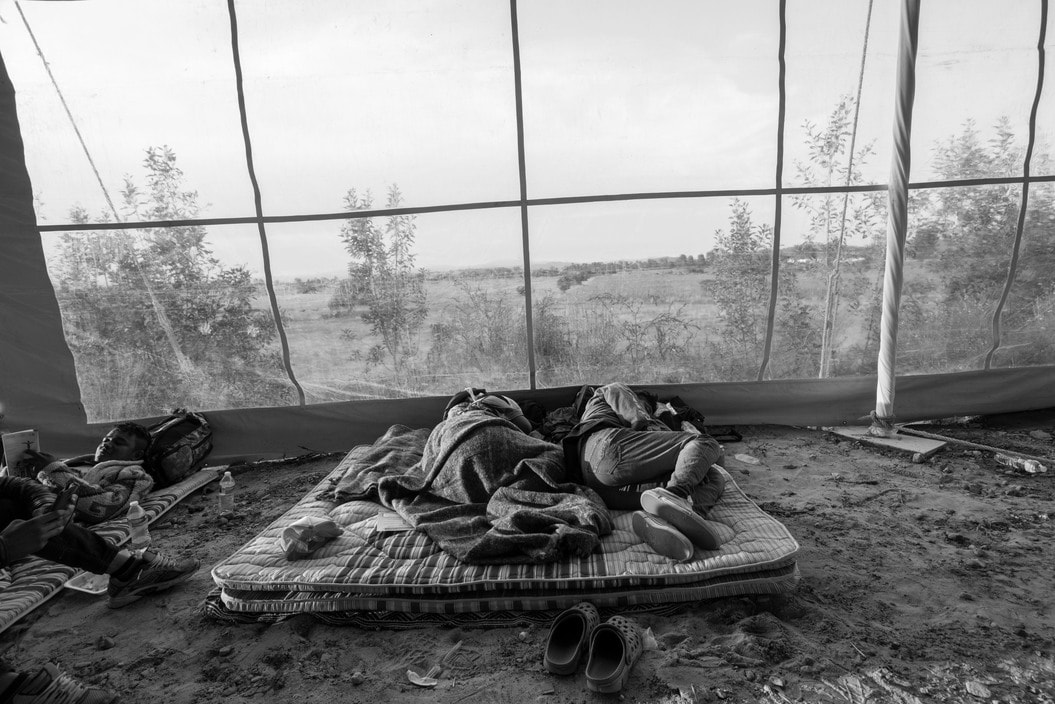 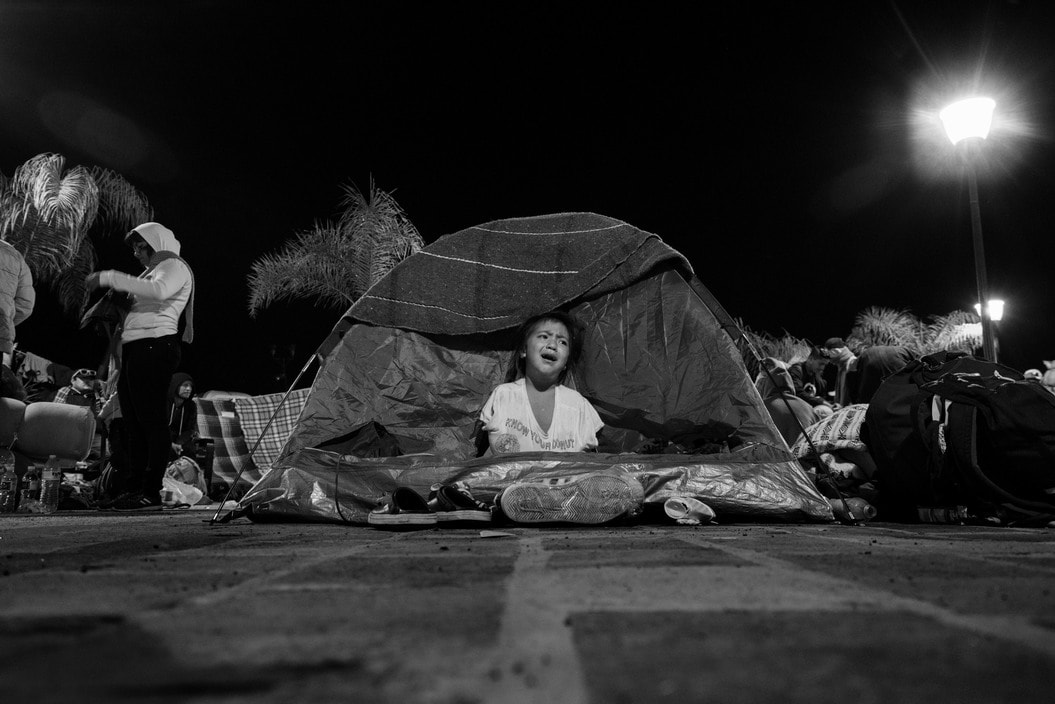 ABOUT Susan MEiselas
Susan Meiselas is best known for her coverage of the insurrection in Nicaragua and her documentation of human rights issues in Latin America, which were published widely throughout the world. In 1981, Pantheon published her second monograph, Nicaragua: June 1978 – July 1979 which was reprinted by Aperture, fall 2008.
​
Meiselas served as an editor and contributor to the book El Salvador: The Work of Thirty Photographers and edited Chile from within featuring work by photographers living under the Pinochet regime. She has co-directed two films: Living at Risk: The Story of a Nicaraguan Family and Pictures from a Revolution with Richard P. Rogers and Alfred Guzzetti. In 1997, she completed a six-year project curating a 100-year photographic history of Kurdistan, and integrating her own work into the book entitled Kurdistan: In the Shadow of History. Meiselas then created the website, www.akaKURDISTAN.com, an online archive of collective memory; as well as an exhibition.

Meiselas has had one-woman exhibitions in Paris, Madrid, Amsterdam, London, Los Angeles, Chicago and New York. Her work is included in American and international collections. Honorary awards of recognition include: the Robert Capa Gold Medal for “outstanding courage and reporting” by the Overseas Press Club for her work in Nicaragua (1979); the Leica Award for Excellence (1982); the Engelhard Award from the Institute of Contemporary Art (1985); the Maria Moors Cabot Prize from Columbia University for her coverage of Latin America (1994); the Hasselblad Foundation Photography prize (1994) and most recently, the Cornell Capa Infinity Award (2005). In 1992, she was named a MacArthur Fellow. 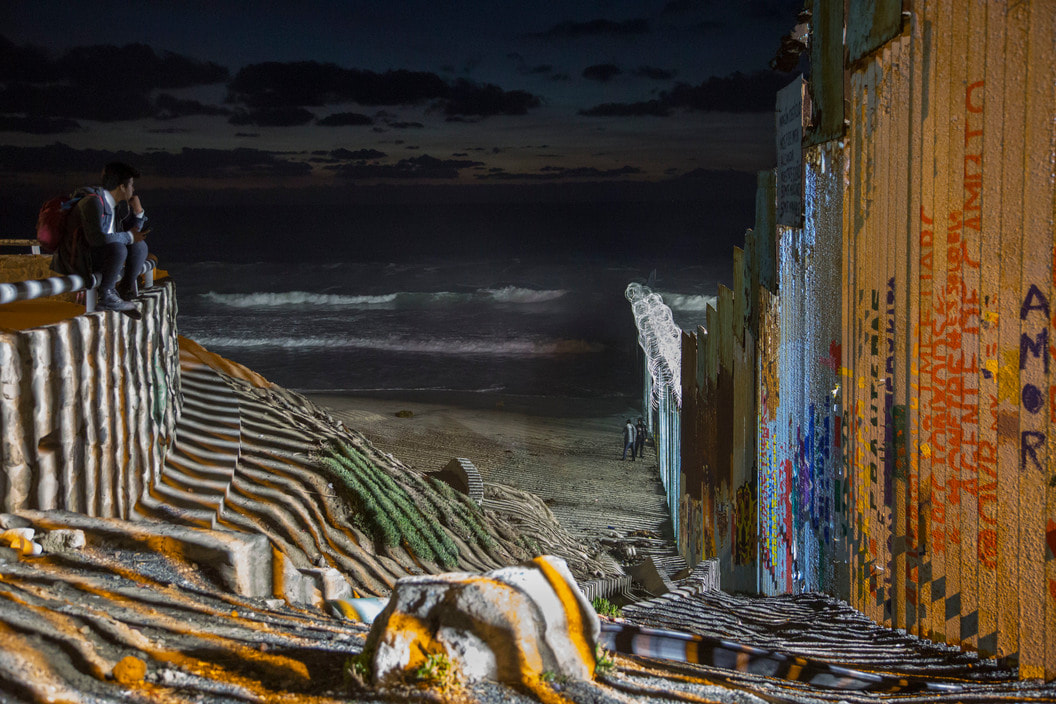 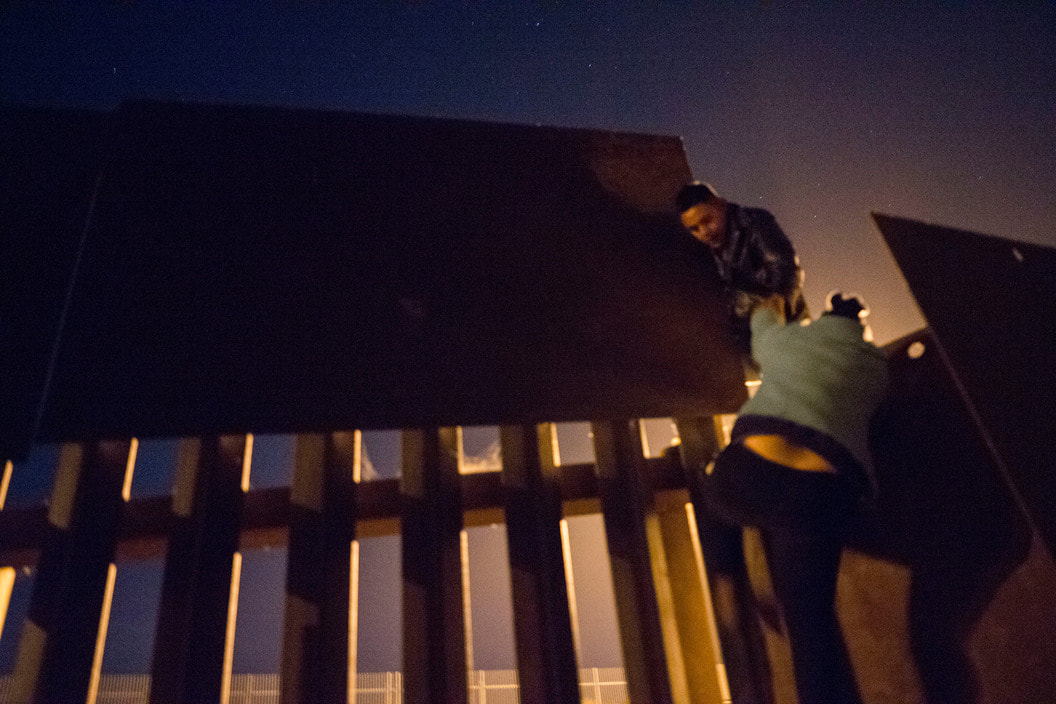